Parts of the Gurlitt collection are likely of dubious provenance. But why were they restored at all to an art dealer who had worked for the Nazis? DW asked two founders of the Holocaust Art Restitution Project. 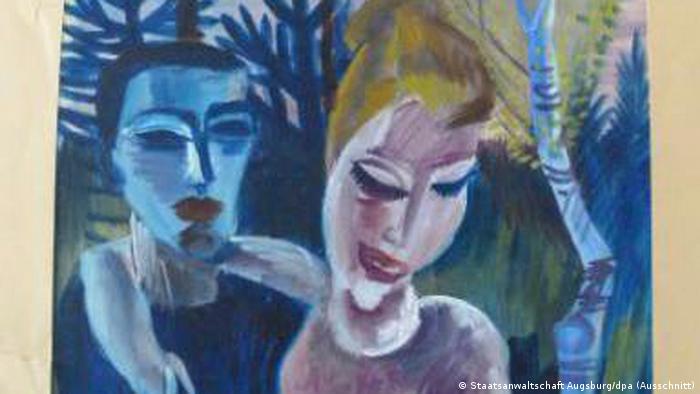 Most of the intense public interest generated by this month's revelations about the Gurlitt collection has focused on two aspects: the fascinating oddity of a hermit who horded millions of euros worth of works by famous artists in a modest Munich apartment and what some see as the sluggishness of German customs investigators who seized the artworks back in 2011, but have yet to determine their provenance.

One side to the story that has largely escaped scrutiny, however, is the role of Allied occupation authorities after World War II. After all, they were nominally responsible for ensuring that art looted by the Nazis was returned to its proper owners in the first place.

Rightly or wrongly, the state prosecutor in the city of Augsburg has come under criticism for the length of time between the seizure, which was only made public by a German news magazine at the start of this month, and initial attempts to restore the artworks to their legitimate owners. But questions should also be asked as to how Germany's post-war occupiers could have allowed Hildebrand Gurlitt - one of the leading art dealers in the Third Reich - to amass a collection including works by Chagall, Matisse, Picasso, and Dix and then pass that trove on to his son Cornelius. 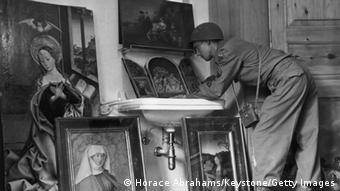 "I'm astonished at how quickly the Allied forces in charge of collection points for plundered art were to return it to whoever claimed it," Ori Soltes, an art professor at Georgetown University and a co-founder of the Holocaust Art Restitution Project (HARP), told DW. "There was even a case of art being given to a man claiming to represent Yugoslavia who was in fact just a private collector."

According to historian Marc J. Masurovsky, another co-founder of HARP, Hildebrand Gurlitt was an established art dealer and a former museum director "who was given significant responsibilities during the 12-year reign of the National Socialists both to recycle thousands of so-called 'degenerate' works purged by decree from German public collections and to acquire untold numbers of works and objects of art at auctions inside the Reich and from galleries, dealers, collectors and artists living and working in German-occupied territories."

Were the Allies being crassly haphazard in handing back works of art to someone like Hildebrand Gurlitt? To answer this question, we need to look back.

The fog of war

History usually takes a reverent view of the so-called Monuments Men - a group of almost 400 experts charged by the Allies with preventing Germany from destroying art treasures in the later stages of World War II. A blockbuster movie about them, directed by George Clooney, is even set for release next February. But the reality of post-war Germany was considerably less suitable for a Hollywood tale of heroism. 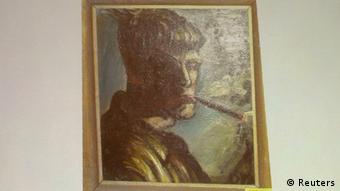 Immediately after World War II, Allied military government officials set up collection points for plundered art throughout Germany. But the American and British authorities responsible for the restitution of plundered art, Soltes says, were understaffed and thus understandably prone to mistakes. They were also eager to get rid of a responsibility that often seemed marginal in the grand scheme of post-war reconstruction.

"It seems as though the Monuments Men were not overly careful about who they handed works back to," Soltes concluded.

Thus, it is eminently possible that Hildebrand Gurlitt might not have been the legitimate owner of all the works in his collection. Some of the pieces may have been plundered or acquired by coercion; they may have been works Gurlitt Senior acquired in his position as an official art procurer for the Third Reich; or he may have simply said he owned works which he in fact did not. There's also the possibility that he legitimately made the purchases in good faith without knowing where the art had come from.

In the confusion following World War, almost anything was possible - in part because the global art market played along. 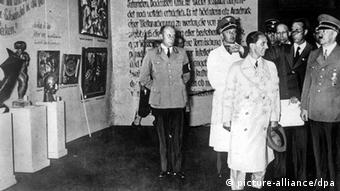 Goebbels and Hitler had no qualms about exploiting "degenerate" art

Astonishingly, Cornelius Gurlitt has attracted occasional sympathy with his claim that he had no reason to think his father's collection wasn't legally acquired. This is scarcely credible, even coming from someone who has lived in relative isolation from most of society. It was common knowledge after World War II that the provenance of many works of art being put on the market was dubious.

In a cutthroat market where sky-high sums were commonplace, dealers and collector were rarely averse to profiting from the misery of others. Even in a place with a Jewish population as large as New York City's, people were willing to benefit from the targets of Nazi persecution.

"New York functioned as a bazaar for art after the war, and people must have known - if not specifically, then certainly generally - where that art was coming from," Soltes said.

The extent of the dubious dealings was such that, nowadays, all major museums have provenance experts to evaluate works of art that may have been illegitimately acquired. At the same time, experts generally agree that reputable museums unknowingly still possess art plundered during World War II. 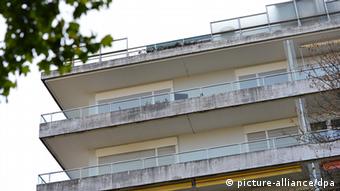 Cornelius Gurlitt kept the art in this Munich apartment building

Not just a German problem

One could perhaps say that a Chagall and a Dix ended up in Cornelius Gurlitt's Munich apartment for the same reason that lots of plundered or illegitimately acquired artworks ended up in private collections and museums around the globe. Aside from victims and their relatives seeking the restitution of their property, few people were interested in reopening the past - and potentially losing objects of immense cultural and monetary value.

"It's easy to pick on the Germans, but it's not just a German problem," Soltes said. "There are parties across the globe that need to rethink their policies."

"The art world thrives on discretion and the law of silence that binds collectors and dealers, gallerists and curators, buyers, brokers, and sellers," added Masurovsky. "It is an essential component of the art trade, past, present, and future. Hence, I would argue that to some extent Gurlitt's collection was hiding in plain sight. How else do you explain repeated requests to exhibit [works by Max Beckmann] in museums during the period of American control of a small portion of his collection?"

Soltes says that the HARP is pressuring the German government "not to repeat the mistakes of the Allies" - that is, to assess thoroughly and carefully who the legitimate owners of the works in the Gurlitt collection are. Since the trove confiscated in February 2012 encompasses some 1,400 pieces, that is going to take some time.

The mystery behind the masterpieces

The sensational discovery of more than a thousand works of art seized during the Nazi era has rocked the art world - and opened up plenty of questions. (26.11.2013)

The case of the seized Gurlitt art trove in Munich clearly involves thorny legal issues, but the central issue remains justice. Not everything that is legal is also justified, writes DW's Adelheid Feilcke. (26.11.2013)