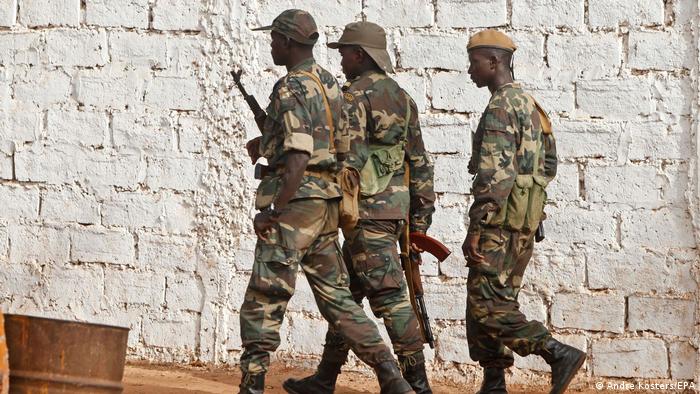 They came in the night, when Rui Landim was alone at home with his grandchildren: Armed and hooded men in an unmarked car tried to break into his home without success. They fired into the house and threw tear gas through a window, choking a child. They left only when neighbors started gathering in the street.

Political analyst Rui Landim is a well-known critic of Guinea-Bissau's government and its president, Umaro Sissoco Embalo. He has a weekly show on Radio Capital called "Dotting the I's" in which he dissects Embalo's policies. Recently, Landim accused the president of having staged the failed military coup of February 1 himself, as a ploy to secure his power. 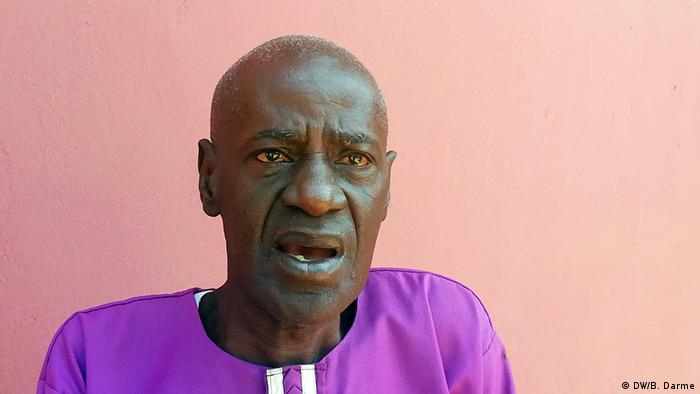 Political analyst Landim says he fears for his life

The attack on Landim's house came a day after assailants destroyed the radio station's offices and wounded five employees. Journalist Maimuna Bari was so badly hurt that she had to be flown to Portugal for treatment.

In view of the recent violence, the Guinean Human Rights Association (LGDH) concluded that democracy today was under the greatest threat ever. That's saying something in a country that has lived through four military coups since gaining independence from Portugal in 1975.

The last successful putsch from the military's point of view took place in the spring of 2012. But it caused Guinea-Bissau endless domestic and international problems. Ever since, those wanting to secure their power have opted for other means.

"A number of people realized that the best way to exert influence is this kind of low-noise, physical pressure on critics," Vincent Foucher, senior consultant at the International Crisis Group, told DW.

"It's always masked attackers. You can always deny it's you. And it still sends a message."

Foucher was surprised that the police openly downplayed the violence against Radio Capital. "You're not supposed to do that. Is this a clue to where this is coming from? Maybe," he said. But it remained speculation, he added. 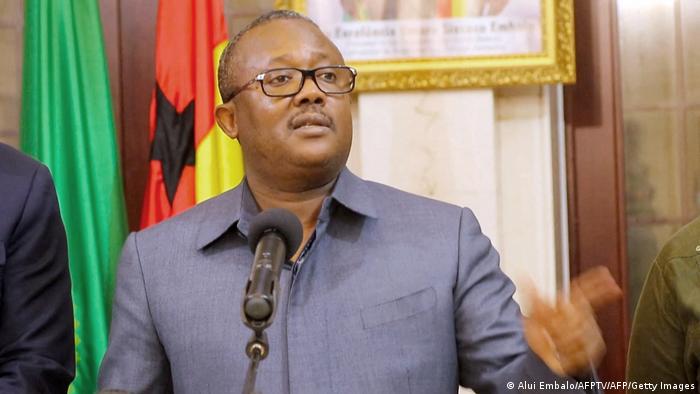 President Embalo said he was the target of an assassination attempt

Who's behind the attacks?

The government of Guinea-Bissau condemned the recent attacks, promising to investigate. But Rui Landim said his assailants were wearing the uniform of the Rapid Intervention Police Unit, however his claim has not been confirmed.

"These operations are ordered directly by the president," Landim maintained, calling the attackers "death squads."

Analyst Foucher called for caution in apportioning blame in an exceedingly opaque and complicated system.

"The state structures themselves are quite factionalized and sometimes fight one another. There have been several incidents, for instance, in which the judicial police got into trouble with the army or with the National Republican Guard," he said. Anyone can hire young men to physically attack or intimidate opponents, Foucher stressed.

The analyst did not hold out much hope for the results of an official investigation. After all, the world was still waiting for clarification of the assassinations of President Joao Bernardo Vieira and army chief of staff, General Tagme Na Waie, back in March 2009, he pointed out.

The truth about the recent coup attempt will perhaps never be known, feeding rumors and conspiracies that will not contribute to the country's stabilization. Guinea-Bissau is one of the poorest nations in the world. According to the UN, two-thirds of its 1.8 million inhabitants live on less than a dollar a day. It has the reputation of being the "narco state" of West Africa.

The feeling of increased repression in the country is compounded by recent raids of private homes by security forces — allegedly looking for arms. "No one can sleep easy anymore," said Odete Semedo, vice president of the main opposition African Party for the Independence of Guinea and Cape Verde (PAIGC). "They come knocking at midnight to search your house without a warrant," she told DW. There were also reports by human rights organizations of beatings and looting during the raids. 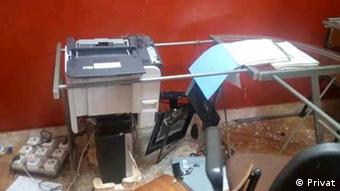 Semedo said political oppression was nothing new under the current president, but had grown in intensity. In the aftermath of the failed coup — which President Embalo now depicts as an attempt against his life for his part in fighting drug dealers — the PAIGC decided to postpone its 10th congress, originally planned for February 17–20.

The PAIGC said it would comply with the government's COVID rules, although it deemed them discriminatory. More compliant parties, said Semedo, "have already held their congresses without the use of masks, with crowds running around, not respecting anything and no hindrance at all."

But, a week ago, the police prevented a meeting of the local chapter of the PAIGC from taking place in the capital, Bissau, she pointed out.

The number of verbal threats against party members and their families is also growing, Semedo said. Analyst Rui Landim fears for his life.

"I am a target for assassination and have been for a long time. If anything should happen to me, it will be the responsibility of that self-proclaimed president," he said.

Guinea-Bissau's president said the situation is now under control after gunmen launched an assault on a government palace in the capital. The West African bloc ECOWAS has condemned the attack, along with the UN.

The unprecedented rise in journalist slayings — and what can be done to stop them 11.05.2022

The shooting of a reporter in the West Bank is among the numerous killings of media workers worldwide. What international protections exist for journalists, and what can be done to make the world safer for the press?