In Latin America, only Guatemala's poor are getting even poorer. A new World Bank study says a key reason is that the government collects too few taxes. Low spending leads to poor infrastructure and slow growth. 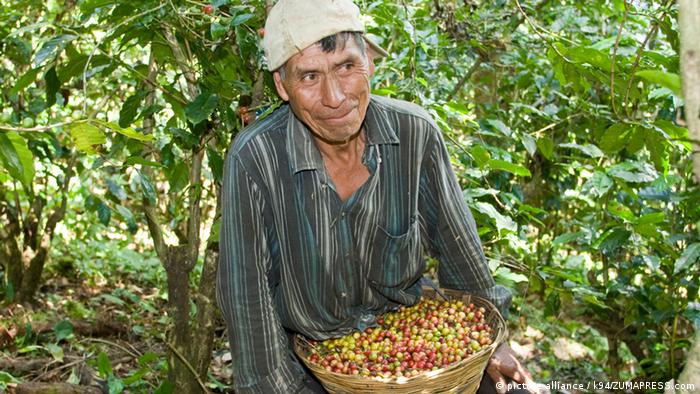 A basic problem was inadequate public investment and decaying infrastructure, connected to very low levels of tax collection - at 11.9 percent, the share of GDP collected and spent by ranks 204th of 215 countries, according to the CIA World Fact Book. Public investment stands at just three percent of GDP.

The problem isn't that income tax or value-added tax rates are too low. It's that government is not effective at actually collecting taxes owed - in part because a large proportion of the citizenry lives entirely in the "informal economy", the report shows, meaning people don't have formal jobs or businesses and aren't registered with tax authorities. Tax evasion by registered businesses is also a big problem.

"The Guatemalan economy has been growing steadily in recent years, and that growth has been supported principally by private consumption," said Marco Antonio Hernandez, World Bank senior economist for Guatemala.

"But at the same time, the rate of investment has been declining… and productivity has scarcely increased. A lack of productivity growth can negatively affect the incomes of workers."

The report pointed to several factors that have kept more than half Guatemala's population in deep poverty.

The country avoided falling into a recession during the global financial crisis, but GDP grew on average by just 2.8 percent during 2008-12, compared to 4.4 percent during the pre-crisis period (2005-07). That's lower than the Latin American average. 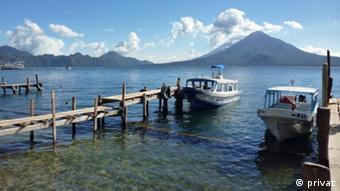 Despite widespread poverty, the country offers touristic spendors, like this lake near José Samuel Merida

The country's GDP growth rate looks even less impressive when the country's demographic trend is taken into consideration - the population is growing at 1.9 percent per annum. In per capita terms, GDP is growing at just one percent.

Both public and private investment have been decreasing year-on-year, resulting in stagnant productivity, the report said. Crime and insecurity as well as a failure to adopt new technologies are obstacles to creating more and better jobs, as are high levels of crime, corruption and insecurity.

The report pointed to "perverse incentives" that prevent people active in the 'informal" economy from registering firms and entering the formal economy - and hence from paying taxes.

The report detailed what categories of firms were best at creating new jobs during the past several years. On average, export-oriented and foreign-owned firms based in Guatemala City with ready access to finance had the strongest rates of job creation.

The rate of employment growth in exporting firms was twice the size in comparison to non-exporting firms. A similar pattern held when comparing employment creation across foreign-owned versus domestic firms.

Despite widespread poverty, the country offers touristic spendors, like this lake near José Samuel Merida

Smaller firms also experienced higher levels of employment growth than larger firms. In the years following the 2008-09 crisis, while larger firms saw a contraction in employment, but small companies continued to add jobs.

The study also showed that Guatemalan firms that adopt new technologies are not only more productive, but also create more jobs.

According to World Bank simulations, if Guatemala's rate of growth were to rise to 5 percent over the next three years, by 2016 the poverty rate could fall by an additional 1 percentage point, thereby allowing 160,000 more Guatemalans to escape poverty.