The number of people learning German as a foreign language has grown for the first time in 15 years, according to Germany's foreign office. The language is becoming increasingly popular in China and Brazil. 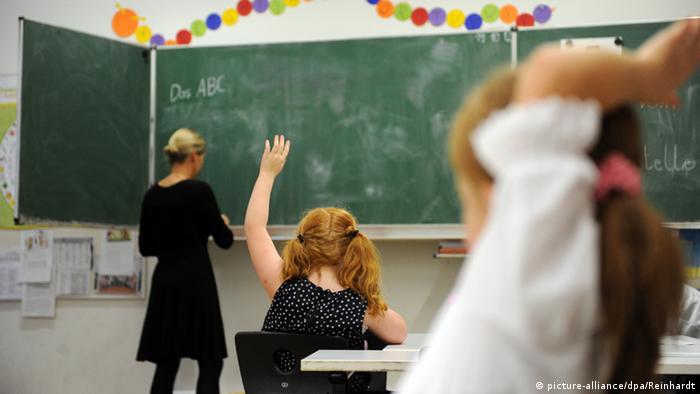 Despite the notoriously difficult grammar and tongue-twisting combinations of consonants, more than half a million more foreigners worldwide are learning German than five years ago.

A survey released by Germany's Foreign Office on Tuesday showed that, for the first time in 15 years, the number of people studying German at schools, universities or Goethe Institutes has grown to more than 15.4 million people.

The study "German as a foreign language worldwide" began in 1985 and is conducted every five years. It showed the number of German learners growing until a peak of 20.1 million in 2000, and then declining to about 16.7 million in 2005 and 14.7 million in 2010. According to the survey, most people (87 percent) learnt German at school. The surveys did not count people studying German individually or privately. 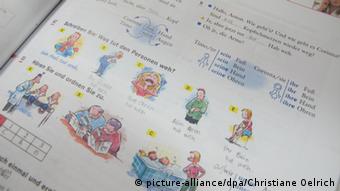 Some 15.4 million people worldwide are studying German at school, university or with the Goethe Institute

Perhaps the most dramatic growth in the take-up of German has been in emerging economies, where according to the survey report, knowledge of the language is seen to aid opportunities for employment and business deals with Europe's biggest economy.

China has seen the numbers of people learning German more than double in the past five years, to about 170,000. Brazil has also seen a strong growth in German learners, with about 135,000 people currently studying it - about a third more than in 2010.

Poland has most German learners

About 61 percent of German students worldwide are from Europe, numbering 9.4 million people. Neighboring Poland has the greatest interest in the language, with almost 2.3 million German learners - holding steady in comparison with previous years. Nations with growing numbers of people studying German include Turkey, Serbia, Bosnia-Herzegovina, Macedonia and Turkey.

However, the number of German learners has fallen in Russia - down by 800,000 from the last survey to 1.5 million. Explanations for why include population decline and changes in the educational system - it's not thought the recent tensions in the German-Russian relationship over Ukraine have played any more than a very minor role.

"This has nothing to do with the political situation," said Johannes Ebert, the secretary of the Goethe Institute which promotes the study of German worldwide.

There are about 100 million native German speakers.

Children in Germany's schools are having a tough time with their handwriting, a new study reveals. But how important is writing as a skill for students, who will have to find jobs in a digital world? (02.04.2015)