Growing doubts about China′s economic growth | Asia| An in-depth look at news from across the continent | DW | 12.08.2015

Weaker growth, a volatile stock market and faltering exports have highlighted the weakness afflicting the Chinese economy. Experts, however, fear China's woes are much more serious than what the official data suggest. 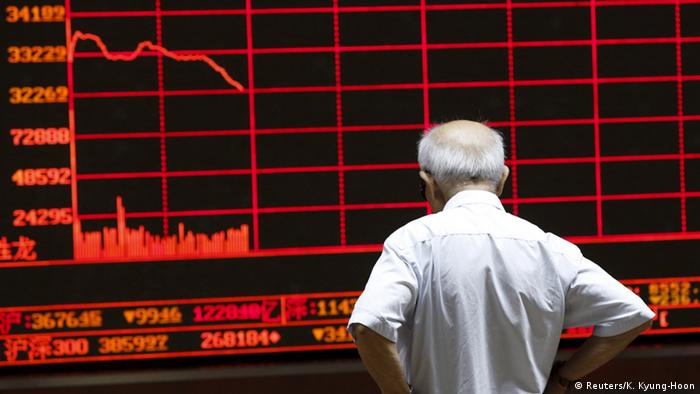 China released a string of weaker-than-expected economic data on Wednesday, August 12, adding to growing concerns about the state of the world's second-largest economy. Industrial production and retail sales rose at a slower pace in July than what analysts had projected. Fixed asset investment, a measure of government spending on infrastructure, increased by 11.2 percent in the first half of the year - also below estimates and at its lowest since December 2000.

The numbers come a day after the central bank, the People's Bank of China (PBoC), surprised investors by announcing a devaluation of the nation's currency - the yuan, also known as renminbi (RMB).

The PBOC promised its decision would be a one-off move, and said that it was taken in an effort to give markets a greater role in setting the exchange rate of China's tightly controlled currency.

Following the central bank's adjustment of the yuan's reference rate - which determines the mid-point of the currency's trading range against the US dollar - the yuan fell by 1.9 percent on Tuesday, and by a further 1.6 percent on Wednesday.

Analysts at Capital Economics, an economics research consultancy, say the PBoC's move has been interpreted by investors as a signal that Chinese policymakers have embarked on a path of competitive devaluation.

But the change in terms of how the central bank sets its reference rate is primarily intended as a move towards greater liberalization of the foreign exchange markets ahead of the decision by the International Monetary Fund on whether or not to include the Chinese currency in its basket of reserve currencies, Julian Evans-Pritchard, China Economist at the London-based think tank, said in a research note.

According to him, the talk of a concerted policy effort to devalue the currency seems "overplayed."

Nevertheless, the yuan's devaluation has sparked fears of renewed tensions on the exchange rate front between China and other major economies such as the US and Europe, particularly as a weaker yuan gives a lift to China's exports at a time when policymakers in the country are grappling with slower growth.

China's economic expansion dropped to 7 percent in the first two quarters of the year - its slowest pace in over two decades. The country's stock market has also seen increased volatility recently with a series of stock plunges testing the authorities' resolve to prop up the markets.

Furthermore, concerns abound about bubbles building up in the economy. For instance, analysts at global bank Credit Suisse believe that China is undergoing a "triple bubble" - a combination of the third-largest credit bubble, the biggest investment bubble and the second-biggest real estate bubble of all time.

Private sector debt amounts to 196 percent of China's GDP, 40 percent above its long-term trend. Moreover, investment, at 44 percent as a share of GDP, was higher than in any other country in history, analysts at Credit Suisse's global research team wrote in a report published in July. 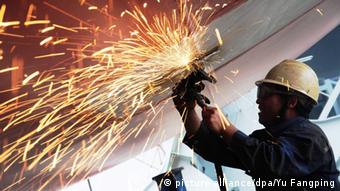 The experts also argue that China is undergoing a "clear cut housing bubble," pointing to the size of real estate in the country as a share of its GDP. The figure, around 23 percent, is triple that of the US at its peak and similar to peak levels in Spain and Ireland, they said. The analysts added that the Chinese housing market is also oversupplied and overvalued.

Given this development, there are growing fears these vulnerabilities could lead to a major economic crisis in China, which may also threaten the growth prospects of other countries.

Compounding investors' concerns about China is the complexity of discerning the health of the Chinese economy. While the country's National Bureau of Statistics (NBS) collects data from various sources to calculate the nation's economic output, many remain skeptical about the reliability of these figures.

China's Prime Minister Li Keqiang even said once that the figures that go into measuring the country's GDP are "for reference only," and that he preferred not to rely on them. Li said in 2007 that he evaluated economic performance in Liaoning province, where he served as the Communist Party's secretary at the time, with help of data related to electricity consumption, credit growth and rail cargo volume.

Moreover, in 2013, researchers at the US-China Economic and Security Review Commission looked at the reliability of Chinese economic data and concluded that China's official statistics "are not as reliable as those produced in the United States and Europe."

Speaking to DW, Erik Britton, a macroeconomist at UK-based Fathom Consulting explained what he believes are the problems with China's official figures. The analyst argues that first, the data are delivered within an improbably short window after the quarter has elapsed, and then never revised - unlike any other country around the world.

Second, said Britton, the numbers are always uncannily close to the forecasts made by officials, making this "a startlingly accurate forecast performance, unlike any other economy or forecasting institution." 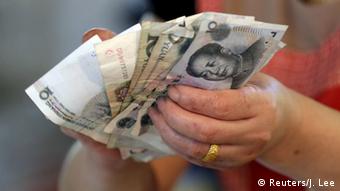 China's central bank said it wants to give markets a greater role in setting the yuan's exchange rate.

And third, they do not stack up with other data which Chinese officials themselves argue are more accurate, he said, adding that "altogether, it seems they are much more like what the authorities would like to see than what really is happening: fantasy, rather than reality."

Economists at Capital Economics also point to flaws in the way China's real GDP is calculated, which have led to an exaggerated growth rate as well as downward pressure on prices.

However, they stress that other indicators support the view that "growth has stabilized or even picked up, even if at a lower level than the official figures show." China, experts say, also has a war chest of about $3.7 trillion in foreign-exchange reserves to overcome any serious economic challenges the country might face.

Nevertheless, weak growth and volatile stock market coupled with issues related to the economy's over-reliance on investment and construction for expansion concentrate the minds of China's policymakers, who have been striving to transform the country from being an export-reliant economy to the one driven by domestic demand.

Mobius: 'We have seen the worst' in China

Mark Mobius is a legend among emerging market investors. For more than a quarter century, he has managed funds for Franklin Templeton, a global investment firm. DW asked him about his views on Russia, China and India. (30.07.2015)

The Asian Development Bank recently trimmed its growth forecasts for China and developing Asia this year. But what is driving the slowdown? DW talks to the bank's chief economist Shang-Jin Wei. (23.07.2015)