A group of foreign men have harassed three teenage girls in the northern German city of Kiel. The men stalked and photographed the girls before police were alerted. 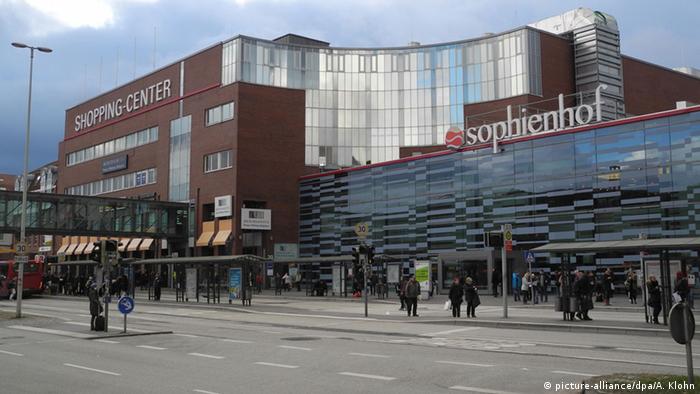 More than 20 young men of foreign background were reported to have harassed three girls at a shopping mall in Kiel on Friday. The police said that the main suspects were two Afghan nationals.

The two suspects, aged 19 and 26, had reportedly followed the girls, aged 15, 16 and 17, from the main train station to the mall, taking pictures of them at a restaurant and sharing the photos to attract a larger crowd. By the time the girls were leaving the shopping center, the group had gradually grown to up to 30 men.

Two of the three girls escaped the situation after noticing the manner in which they were being stalked, but returned to help the third girl after they were separated. When the men started making advances on the girls, security personnel notified the police.

In addition to the two Afghan nationals, two other men were also taken into custody as key suspects in the case. The police did not specify the nationalities of the other two, but said that all four suspects had shown considerable resistance to their arrest, causing injury to some of the officers involved. All four suspects were subsequently released from police custody.

Their mobile phones were confiscated as evidence.

Politicians react to attacks on women

State Interior Minister Stefan Studt referred to the incident as an "incredible intrusion" and expressed his sympathy to the girls.

"This is an incredible burden for those girls and their families to bear," Studt said.

Meanwhile, the Bundesrat, Germany's upper house of parliament, voted in favor of new measures to criminal delinquent foreigners living in the country.

The new guidelines had been tabled in response to the New Years' Eve attacks in Cologne, when more than 1,000 charges were filed, including 446 allegations of sexual assault and three instances of rape.