A leaked report found that the fire department's preparation was "gravely inadequate" and that lives could have been saved. The London fire brigade defended its actions, saying there was no "safe alternative strategy." 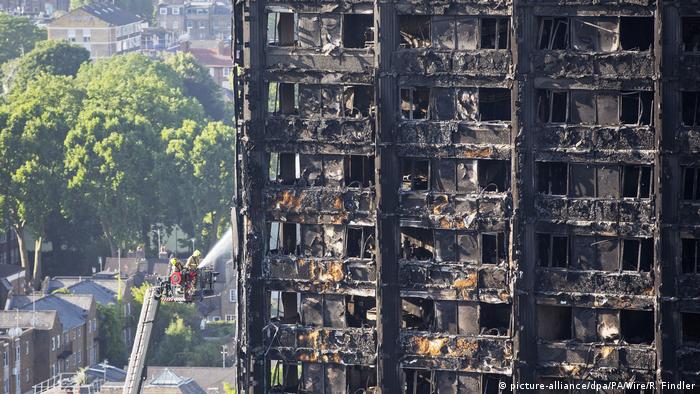 A public inquiry into the deadly fire at Grenfell Tower found serious deficits in the actions of the London Fire Brigade, British media reported on Tuesday, citing a leaked official report.

The long-awaited report is due to be released on Wednesday and details what went wrong the night that 71 people were killed in the devastating blaze at the high-rise building.

The London Fire Brigade declined to comment on the report until it was officially published on Wednesday. The department previously defended its actions by saying there was "no obvious and safe alternative strategy."

Matt Wrack, the head of the Fire Brigades Union, said that Commissioner Cotton shouldn't be vilified when the fire was the result of the failures of several governments.

"Nobody has ever evacuated a residential building in those circumstances in Britain," he told BBC Radio 4. "Nobody's explained how you would alert residents when there's no common fire alarm system."

In theory, high-rise buildings are supposed to be designed to contain fires and ensure they do not spread to other areas — making it safer for residents to remain in their apartments instead of running into dangerous fumes.

In the case of Grenfell Tower, the flames spread so quickly that firefighters couldn't bring it under control. The blaze burned through the night, consuming the building and killing everyone left inside. 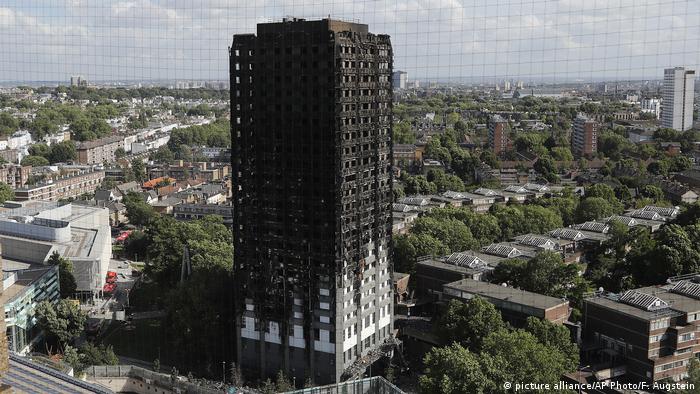 The building's new cladding was to blame for the fire spreading so quickly, the inquiry found

Analyzing the tragedy: The official report coming on Wednesday is the first phase in the public inquiry, that was launched in 2018 and headed by retired judge Martin Moore-Bick. The 1,000-page report details the sequence of events that occurred on the night of June 14, 2017, when the fire broke out in the 23-story tower.

What happens next: In the second phase of the inquiry, investigators will look at what went wrong in the design, maintenance, and renovation of Grenfell Tower. They will also assess whether building and fire regulations were adhered to — and whether they were adequate.