An attack on a Shiite mosque in Peshawar has claimed over a dozen lives, according to Pakistani police. The country's Taliban has claimed responsibility. 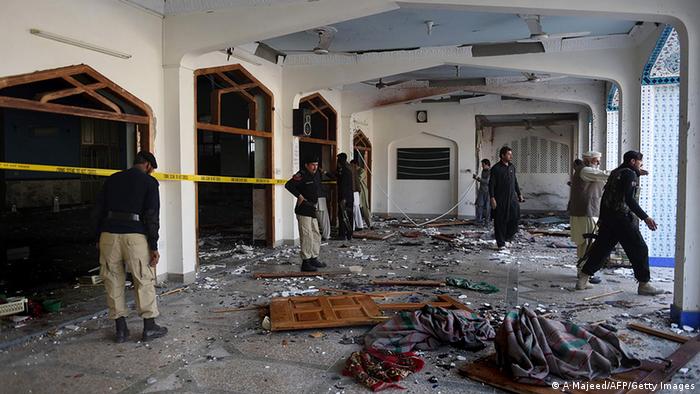 Several armed men broke into a mosque in Pakistan's northwestern city of Peshaware and opened fire on people who were attending Friday prayers. Three explosions were also heard inside the building.

It's not known how many people were inside the mosque at the time, but at least 19 people were killed and dozens wounded, according to local authorities.

Soon after, the city's police chief, Mian Saeed, said "an operation has been started against the terrorists.

There were also reports gunfire was exchanged with security forces.

In an email, Pakistan's Taliban claimed responsibility for the attack. The group is trying to overthrow the government in Islamabad and install hardline Sunni rule in the South Asian nation.

It is currently in the process of introducing new measures to deal with Islamist militants, in the wake of a deadly massacre at a school in the region in December last year, in which around 150 people, mostly schoolchildren, were killed.

Actions include bringing back the death penalty, setting up military courts and broadening its military presence along the Afghan border.

But minority groups have criticized the government's response, saying it's having little effect on the daily violence and discrimination they face.

Friday's attack comes just weeks after a similar attack on a mosque in the southern town of Shikarpur.

Pakistan has seen a surge in sectarian violence in recent years, the majority of which has been committed by Sunni Muslim groups against Shiite Muslims.