Greenpeace: Fukushima victims are victims once again | Asia | An in-depth look at news from across the continent | DW | 07.03.2013

Two years after the Fukushima nuclear disaster, radiation levels in the city of the same name remain far higher than normal. Heinz Smital, of Greenpeace, believes residents are being kept in the dark over the dangers. 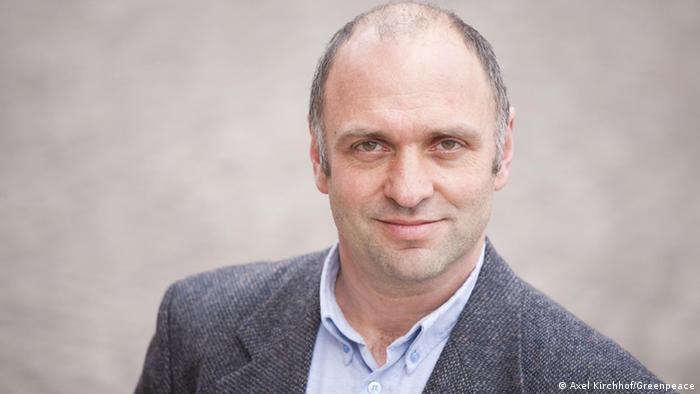 You recently measured the radioactivity in and around Fukushima for Greenpeace Germany. What were your findings?

The radioactivity there is still very high. In the city of Fukushima, which has some 300,000 inhabitants, there are still children's playgrounds that are highly contaminated. The values we measured there on the ground were 200 times higher than before the nuclear accident. In the evacuated ghost towns where there has been a great effort to clean things up, we have found that the radiation has not declined. It simply isn't going away. While the cleanup may have been 20 to 50 percent effective, the radiation level is still too high for people to be able to return to a normal life.

So, people are not going to be allowed to move back there at all?

Exactly, and we are critical of the approach that concentrates on the evacuated areas and puts so much effort into decontaminating in those places. This is the sort of effort that should be dedicated to the populated districts. People live in those places and the radiation levels ought to be reduced. That would help people far more. I have grave concerns about the idea of returning to the highly contaminated areas and thinking that normal life is possible there.

What do people in Fukushima think about it all?

We spoke to a lot of people there. I learned that the Japanese are very connected with their land. They have lived there for several generations. But the Japanese are very brave. They don't really complain, but underneath, they are suffering. They would like to have life back to the way it was, something that unfortunately is impossible.

Have people been given enough information by the authorities about how great the risk is?

The health risks are played down, in part because it is something that can't be dealt with. It's not possible to decontaminate whole swathes of land, mountains, rivers and riverbanks. You can't get rid of that contamination. Now there is an effort underway to get people to accept the higher radiation levels. They say it doesn't have any effects, to stop people from worrying. In this respect, the victims of the disaster are becoming victims once again in that they are being encouraged to accept living in areas where the radiation levels are too high.

Do you think that the Japanese government has not done enough for people?

Overall, the people have been abandoned. I have seen thick application forms with several dozen pages, almost like books, that are supposed to be filled out to receive compensation. Most people just give up because it is too much effort, too much bureaucracy. They have no energy to battle their way through it all. I met one man who had written 15,000 letters in two years and hired a lawyer. Many others do not have the strength in these strife-ridden, difficult situations. Nuclear power operators profit from this, not having to pay out the compensation payments.

How long will it take until life is back to normal in Fukushima?

We know something about this from the wake of the Chernobyl disaster. Even decades afterwards, the level of radiation has not fallen by much. The decrease is caused mainly by radioactive decay. In the coming decades, the Fukushima region will have to contend with high radiation levels. One can see how little hope there is of coming to terms with the magnitude of the catastrophe. You can see how dangerous nuclear power is and how important it is that Germany, and the world, do away with it.

Heinz Smital is a nuclear expert with Greenpeace Germany.