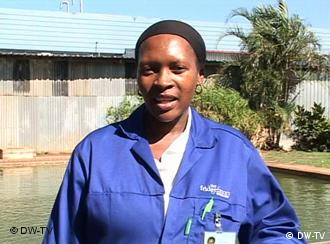 Swaziland, a small kingdom in southern Africa, is one of the poorest regions in the world. Most residents depend on farming and cattle grazing for their livelihood. Only a few own cars. They aren't responsible for climate change but Swaziland has been hard hit by the consequences – rising temperatures and drought. Appliances that keep food and medicines cool are hugely important. One of the few factories in the country now produces refrigerators and freezers in an environmentally-friendly way. And the appliances are powered by solar energy.

A film by Inga Sieg