The enormous infrastructure upgrade for the Winter Games has had a major impact on the environment. Some say the region may never recover from the damage that has been done. 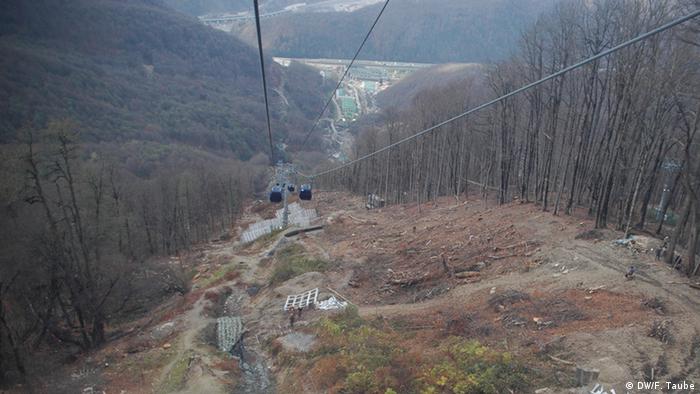 Vladimir Kimayev casts a thoughtful, almost sad glance into the quarry. Day and night excavators were digging ever deeper into the mountain in the small village of Akhshtyr, just 10 kilometers (6.2 miles) from Sochi, the heart of the Winter Olympics.

"The construction of the Olympic facilities has caused Sochi ecological harm to an extent that can hardly be revised," the environmental activist said. 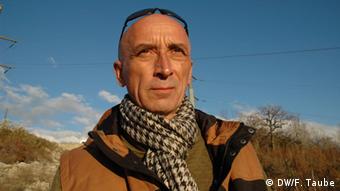 Kimayev, a member of the organization "Ecological Watch for Northern Caucasus," witnessed the environmental damage in the Sochi region since the city was awarded the Winter Olympics in 2007. Organizers needed building material for the Olympic facilities and the gigantic infrastructure measures so trees were cut down in Akhshtyr to clear a path to solid rock.

"In Soviet times, there were 30 square meters of green open spaces for every resident in Sochi - today, that's dwindled to barely three square meters," Kimajev said.

Highway in a river bed

It's 40 kilometers from the Olympic sports arenas in the Adler district on the Black Sea to the Olympic Alpine Center in the mountain hub Krasnaya Polyana. Construction of the highway and railway line to Krasnaya Polyana were among the biggest infrastructure projects. They lead right through the North Caucasus Nature Reserve. Like giant stilts, concrete pillars dig into the bed of the Msymta River, the largest river in the region.

"It was the only river in Russia with a flow line made of a special mix of sand and stone," Kimayev said. "It had a natural beach that was destroyed during the construction work." 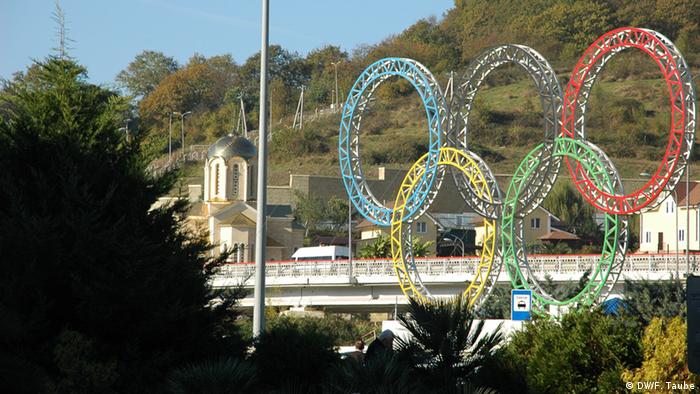 Now that construction is over, many in Sochi are looking forward to the Games

Large-scale deforestation also preceded construction of the sports complexes in Krasnaya Polyana - visible to anyone who takes the lift to the biathlon stadium. The 10-minute ride carries visitors high above a swath of destruction: felled trees interspersed with building rubble.

Manager Andrei Markov displays the stadium, built for 7,500 spectators but is tight-lipped when asked about the environmental aspects of the project.

Officials promised "green Games" in Sochi, sustainable and in harmony with nature. Just days ahead of the start of the Olympics, President Vladimir Putin visited a breeding station for leopards that Russia wants to re-introduce to the mountains above Sochi after the Games.

Zhanna Grigorieva stands in front of a large panorama photo that shows Sochi during its heyday as a health resort. The mayor's assistant said "both the IOC and the Russian environment ministry supervised construction of the sports arenas." An ornithological park was created near the Olympic venues, designed as a symbol of sustainability, and a new forest is in sight, too, she said: "For every tree that was chopped down, a new tree was planted somewhere else." 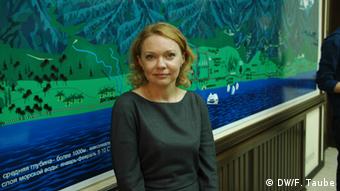 Reforestation work cost some 1.5 billion euros ($2 billion) - but Kimayev doesn't believe in "green Games." Trees are planted in the swamps as compensation, he said, but what kind? "They import palm trees from Italy that are not at all typical for this region."

The villagers of Akhshtyr complained of breathing construction dust and a local well dried up as a result of work in the quarry. The noise of 250 trucks that thundered down the gravel road for years every single day has left many people ill. No one buys the fruit and vegetables the villagers used to sell on the market because they are covered in dust, says Alexander Koronov. "It was our livelihood."

The Northern Caucasus environmental activists managed a small victory, however: a planned bobsled track was moved elsewhere, and construction of a second marina on the Black Sea was abandoned. 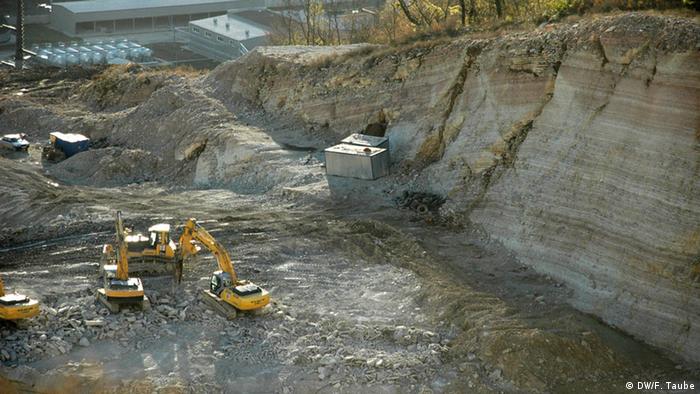 Massive amount of building material was needed for the Olympic facilities

Most locals in Sochi look forward to the Games now that the construction work is finally over. They enjoy the fact that Russia is presenting itself to the world and that Sochi benefits from the infrastructure. "The city would have developed without the Games, too, just not as quickly," Kimayev said. "It's the only resort in southern Russia of national importance."

Once the Games are over, Kimayev plans to continue to fight for the sustainable use of the venues and the recovery of the unique nature in North Caucasus.

Sochi 2014: The biggest and most expensive Winter Olympics ever

The Russian organizers of the Sochi Olympics have set out to impress the world with the biggest-ever Winter Games. Critics have spoken of "Putin’s Games" with megalomaniacal dimensions. (06.02.2014)

Olympics on the backs of the workers

The Winter Games in Sochi will be the most expensive of all time. However, the organizers have saved on construction workers' wages. They appear to have been systemically exploited. (27.01.2014)