Green energy revolution in the Gulf? | Environment | All topics from climate change to conservation | DW | 21.02.2013

Climate conference in Qatar, IRENA headquarters in Abu Dhabi – the oil-rich countries in the Gulf are getting into renewable energy. But is it just greenwashing or the beginnings of a post-oil era? 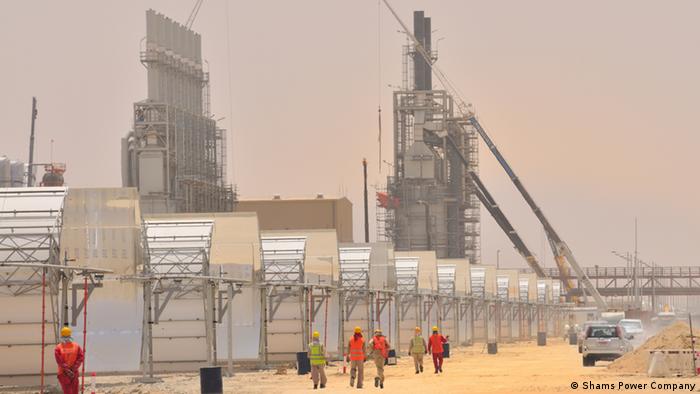 In the middle of a desert area 140 kilometers outside the oil centre Abu Dhabi, row on row of curved mirrors sparkle in the blazing sun. SHAMS1, the first Concentrated Solar Power or CSP plant in the Middle East will soon provide up to 20,000 homes with climate-friendly power.

What lies behind the green energy interest? 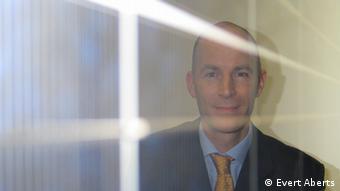 The International Renewable Energies Agency (IRENA), set up two years ago, has its headquarters in Abu Dhabi. The decision to locate there was a "very significant one", Deputy Director-General Frank Wouters told Deutsche Welle. He argues that using solar power in the Gulf region makes plain economic sense. For a country like Saudi Arabia, he says, it is much cheaper than burning expensive diesel at more than 100 dollars a barrel to produce electricity.

Allan Walker agrees. The Executive Director of Masdar Investment in Abu Dhabi also insists that it is not just greenwashing when oil producers invest in renewables. "We are not doing this unless we make a return on our investments", said Walker, who has also worked in financing oil, gas and coal-fired power projects.

Improving on a giant ecological footprint

The Gulf states are amongst the countries with the world's highest per-capita CO2 emissions. "We are a young nation, in growth mode, and that is energy intensive", says Bader Al Lamki, Director of the "Clean Energy Business Unit" at Masdar. He also cites the very harsh climatic conditions as a cause of the country's high energy consumption for air-conditioning and the desalination of sea water. 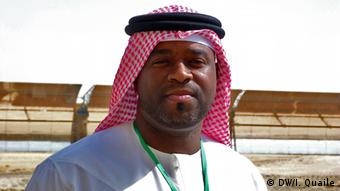 Now, Abu Dhabi is introducing energy-saving measures and planning to broaden its energy mix to include renewables.

"This country has a legacy of being a world energy player. It has been supplying hydrocarbon resources to the world for the last four to five decades, and this is one of the cornerstones of why we are stepping into renewables", Al Lamki told Deutsche Welle during a tour of the SHAMS1 CSP plant, which is being built jointly by Masdar, Total and the Spanish company Abengoa Solar.

Solar modules are still rare on the rooftops of Abu Dhabi. Photovoltaics is not yet attractive to individual consumers, according to German energy expert Simon Breuniger, who has worked with Masdar for four years. He says the authorities are now considering a feed-in-tariff along the lines of the one which helped solar power make a breakthrough in Germany, but which may be cut back due to rising costs as ever more households invest in solar modules. 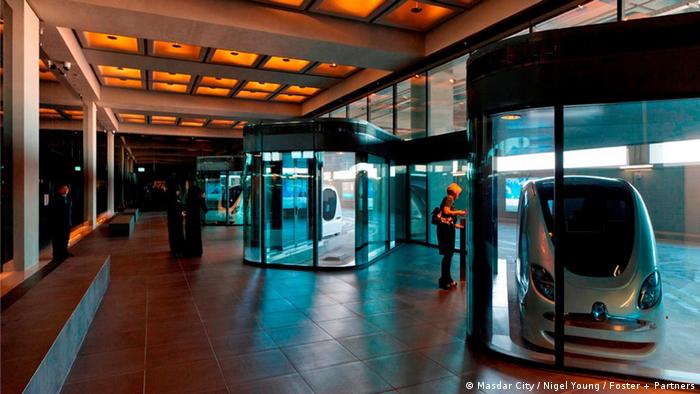 Renewables are not just of interest to Abu Dhabi for domestic power generation. The expanding international market provides a promising investment opportunity. Masdar is involved in building state-of-the-art solar plants in Spain and owns 20 percent of the "London Array", the world's biggest offshore wind farm, off the coast of England.

This funding power could be the wealthy region's most important contribution to the global expansion of renewable energies, says Laurence Tubiana, head of the Paris-based Institute for Sustainable Development and International Relations (IDDRI). Presenting the UN Network for Sustainable Development Solutions at Sustainability Week in Abu Dhabi in January, Tubiana said even if the transition in the region itself was a slow one, the Gulf states' willingness to invest in innovative technologies which would only make a return in the longer term would help renewables to become competitive.

Climate change – in more ways than one?

Tubiana has been involved in the UN climate negotiations since 1997. She says she has observed a change in the stance of some Gulf countries, like Qatar and Abu Dhabi. She believes they have recognised the need to take action.

EU Climate Commissioner Connie Hedegaard agrees there has been progress in the region. During an energy summit in Abu Dhabi in January, she told DW that the progress was encouraging. "Due to the need to diversify their economies, due to the lack of water and the climate change are actually beginning to experience, they are not only talking about renewables. They are doing more research, demonstration projects, large-scale investments, efficiency measures."

She added that while the countries "are definitely not there yet", the region was very different to just a few years ago.

Energy experts from around the world met this week in Abu Dhabi to discuss renewable energy. Germany and China want to considerably speed up the process of converting to cleaner energy. (15.01.2013)

Sunshine is abundant in Qatar. All that untapped solar power could create a new energy economy in this oil-rich nation. Researchers are already testing solar-powered cooling systems and water desalination plants. (31.12.2012)