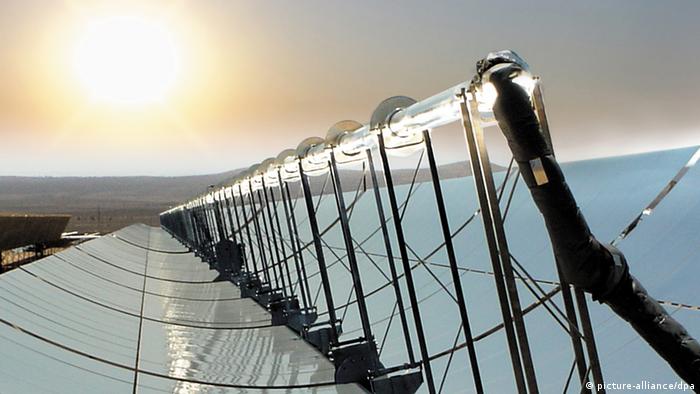 Deutsche Welle: Qatar is a country with lots of sunshine. In theory, you could be running your whole economy on solar. Are technology challenges delaying the utilization of solar or is it just the abundance of gas and oil in the region?

Khalid al Hajri: Qatar today has a strong economic foundation. Worldwide we have one of the highest incomes by capita, and that's based on the huge gas reserves we have. We are still the country supplying the world with liquefied natural gas, LNG, which is relatively speaking the most environment-friendly of the fossil fuels. We are moving towards further use of renewables. This shows you the country is concerned about climate change. I think what happened in the past was wise. Now at this point we have the opportunity to move towards renewables. I don't think there's any obstacle, but I think it's sensible to make sure there's a good balance between the two. 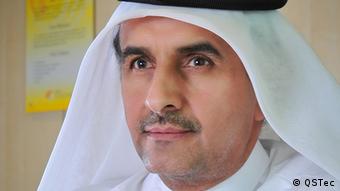 Of course gas still produces emissions. Could you see in the future a shift to producing more energy by solar for domestic consumption or even export?

I think that scenario is more likely to happen. Of course I think there is no way to avoid the continuation of using the conventional ways of producing power, it is my expectation that renewable energy will take over a good portion of our power requirement. There is a lot of positive impact by using both of them. As for a complete change - I think that will take some time in the future. But I expect us to see good progress. We are just starting our journey. We are working with the government to come up with the right mechanism for solar to be utilized in the future by the population of Qatar. I am sure we will see a good boost for the use of solar energy in the next few years.

Do you think the debate over climate change has influenced attitudes to energy in Qatar and the region in general?

Yes. It's very important, everybody knows the climate today is really facing a lot of problems. People are searching for ways to give future generations a better life. I'm delighted to see the GCC countries (Gulf Cooperation Council) as a whole are moving towards the development of renewables. That means a shift in culture from a business point of view, and also shows the willingness of people in this part of the world to think about what needs to be done 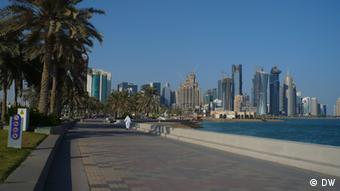 So far, Doha has struggled to reduce CO2 emissions

Is there perhaps an awareness that if the rest of the world decides in favor of renewables and there is less of a market for oil and gas, in the long term it would be in the interests of the Gulf region to develop renewable energies?

I think that has already started. And I don't think there's any threat. What's not going to be used today or tomorrow will be used a hundred or fifty years from now by other people. Let's make sure we don't let this kind of negative thinking hinder progress towards using the sun to give us power for many years to come. I guarantee one thing: The sun will continue to shine until judgment day while other sources will disappear with time.

Khalid al Hajri is the chairman and CEO of Qatar Solar Technologies (QSTec), a joint venture between the state-run Qatar Foundation (70%) the German company Solarworld (29%) and the Qatar Development bank (1%) set up to produce polysilicon for solar cells. The factory is scheduled to start work in the second half of 2013.