Energy experts from around the world met this week in Abu Dhabi to discuss renewable energy. Germany and China want to considerably speed up the process of converting to cleaner energy. 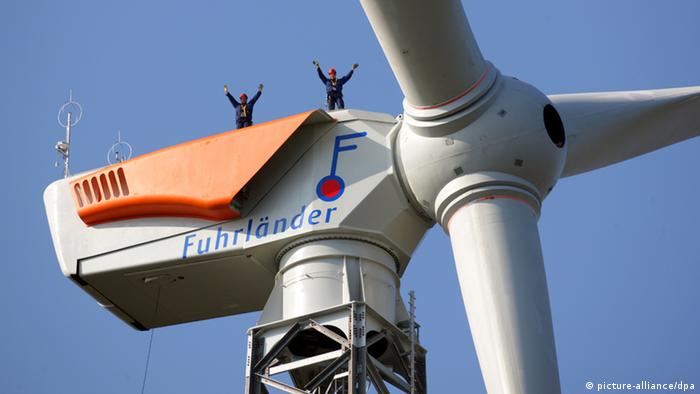 Fossil fuels such as coal, Altmaier told delegates, only appear to be affordable because the cost of the damage they do to the climate and the environment is not factored into the calculations. "We must bear in mind the external costs of these fuels," he said. 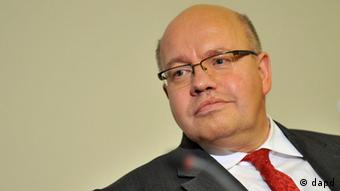 The environment minister pointed out that renewables have come to be much more affordable, and urged closer cooperation among states that plan an especially speedy development of sources of renewable energy. To that end, Altmaier met with government representatives from China, Denmark and Morocco. The German minister had previously announced plans to found an association of nations focused on investing in alternative energies, but that appears not to have gotten off the ground yet.

Chinaowes 80 percent of its electricity to coal, making it the world's largest polluter - but China has also emerged over the past two years as the greatest investor in renewable energies. The country has ambitious goals and is already leading in hydropower with an installed capacity of 249 gigawatts (GW) and a wind energy capacity of 80 GW. Clearly, China has already left behind former wind energy pioneers like the US with currently 50 GW and Germany with 31 GW.

By 2020, experts say China could operate wind turbines with a capacity of about 200 GW.

Representing over 90 percent of people 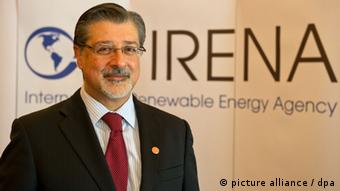 Amin wants to double the share of renewable energy worldwide

"I am delighted with the confidence China has shown in IRENA, and I look forward to their active participation in the global effort for a clean energy future for all," Amin said. When China joins the agency, IRENA will represent more than 90 percent of the world population.

International energy experts in Abu Dhabi said they are convinced that renewables will increasingly take over the energy supply in his century due to a decrease in cost, benefits to local job markets and the international community's goal of dramatically cutting greenhouse gases in order to limit the global temperature rise to two degrees.

Sunshine is abundant in Qatar. All that untapped solar power could create a new energy economy in this oil-rich nation. Researchers are already testing solar-powered cooling systems and water desalination plants. (31.12.2012)

In Germany, the transition to electricity from renewable sources is occuring faster than originally planned. Critics question whether this reflects overambitious planning, which could endanger overall reform plans. (19.12.2012)

With Germany and Belgium delaying their nuclear phaseout due to the war in Ukraine, is atomic energy getting a second life? Countries are still building new reactors, but some struggle to make nuclear pay.