Police in Greece have detained six people suspected of having links with terrorism, after a series of raids. Two suspects were wanted for connections with a group that sent parcel bombs to European leaders last month. 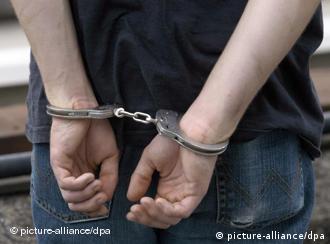 Arrests were made after the weapons haul was found

Greek police arrested six people on suspicion of having links with terrorism after a series of raids across the country.

The five men and a woman, aged between 21 and 30, were detained after police uncovered a haul of weapons, police chief Lefteris Oikonomou told a press briefing on Sunday.

Two of the individuals arrested were wanted for alleged connections with the left-wing group Conspiracy of Fire Nuclei. The organization is believed to be responsible for a series of parcel bombs sent to international embassies and European leaders, including Chancellor Angela Merkel and Italian Prime Minister Silvio Berlusconi, last month.

Further arrests were later made around Athens, the central town of Agrinio and on the island of Crete. 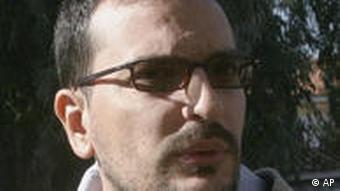 Greek journalist Giolias was killed at his home

Counter-terrorism police said the weapons were typical of those used by the left-wing guerrilla group Sect of Revolutionaries which has claimed responsibility for the murder in July of Sokratis Giolas, a prominent investigative journalist. However, early ballistics tests revealed no link with extremist activity.

Sect surfaced after shooting of teenager

The Sect of Revolutionaries first came to notice after serious rioting in Greece following the death of teenager Alexis Grigoropoulos, who was hit by a police bullet in December 2008.

Greece has a long history of domestic terrorism, with more than 40 people killed in attacks in the last three decades.

Greece briefly halted the sending of mail and parcels abroad after a package addressed to Merkel arrived at the chancellery office in Berlin.

Another package, addressed to Italian Prime Minister Silvio Berlusconi, was discovered on board a plane at Bologna Airport.

German Chancellor Angela Merkel has called for stricter international controls on cargo. No one was injured after a package from Greece that contained explosive material arrived at the chancellery in Berlin. (02.11.2010)

Large-scale demonstrations are feared for Sunday in Athens on the first anniversary of a deadly shooting that sparked serious riots and violence. Thousands of police are being deployed. (05.12.2009)