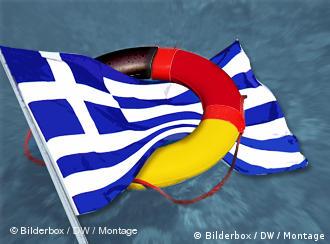 As Greece learned on Monday that its massive budget deficit was even bigger than expected in 2009, German Chancellor Angela Merkel has renewed calls for a pan-European crisis mechanism that would help prevent future debt crises and protect the euro single currency.

"Everything is at stake - if the euro fails, Europe will fail," she told delegates at the Christian Democrats' party convention, where she was reelected as head of her party.

"We need a new culture of stability in Europe," she added.

She even went so far as to criticize her predecessor, Social Democrat Gerhard Schroeder, for giving his consent for Greece to join the eurozone, calling it "irresponsible". 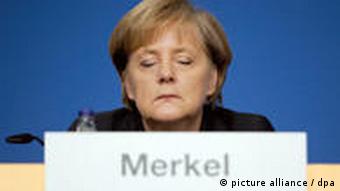 Merkel's push for a crisis prevention mechanism are controversial

Harsh words on both sides

The comments came as EU figures showed that Greece's deficit in 2009 rose to 15.4 percent of GDP, a big jump from the initial estimate of 13.6 percent.

Greek Prime Minister George Papandreou promptly hit back, insisting that measures proposed by Germany to avoid future crises were pushing up interest rates paid by highly indebted countries like Greece for their bonds.

"This could create a self-fulfilling prophecy," Papandreou said during a visit in Paris. "This could break backs. This could force some economies into bankruptcy," he added.

He was referring to plans by Germany, supported by France, to make bondholders pay at least some of the costs in case of a default. Germany is also reluctant to extend the eurozone's bailout package beyond 2013.

Politicians may balk at Merkel's frank words, but some analysts believe tough talk is long-overdue.

"Fighting fire with fire, i.e. bailing out mortgage companies like Fannie Mae or Freddie Mac or companies like GM, as happened in the US, and in Europe as well, is not a long-term solution," he said.

Keller points out that the credit bubble has built up over the years, with the discrepancies between loans issued and actual economic growth widening over several decades, especially in the US, but also in Europe. 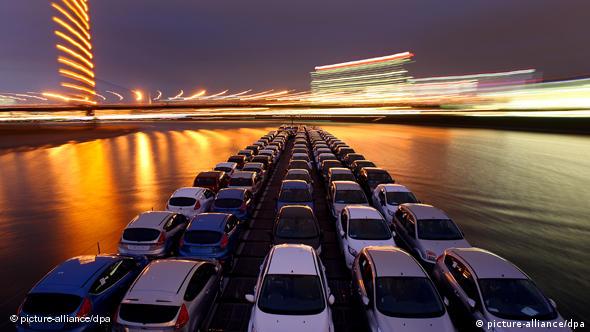 Exports are the driving force behind Germany's economic motor

While Germany benefits enormously from the single currency, as 40 percent of its exports go to other eurozone members, and having one currency eliminates fluctuations in exchange rates, the risks of having the euro were indeed underestimated, according to Keller.

"Germany can afford to pay for other countries as part of the bailout package for Greece for example, but at the end of the day, the differences between say Germany and Greece or Italy in efficiency, for example when it comes to managing wage costs, are extreme," Keller told Deutsche Welle.

"Our own stress tests as well as those of ratings agencies in 2008, for example, have shown that the former Greek currency, the Drachme, would have had to be valued at 30 to 40 percent less in 2008 than at the time Greece joined the eurozone."

Greek Prime Minister George Papandreou has said he will not call an early general election, claiming to be satisfied with the results of a regional poll. Papandreou had been seeking a mandate for his austerity drive. (08.11.2010)

A gathering of finance ministers from the EU's 27 member nations met in Brussels Friday to find a way to share more fiscal responsibility and calm jittery markets. (21.05.2010)