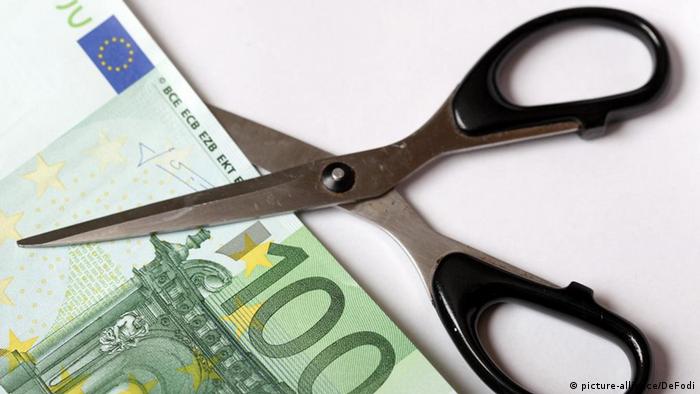 Private investors such as banks, insurance companies and investment funds as well as ordinary savers holding Greek bonds were issued a public offer Friday, enabling the Greek government to conclude the debt swap on a first set of bonds by March 12, Athens announced on Friday.

"Greece has made a titanic effort to finalize the decision on PSI [Private Sector Involvement] and conditions for granting the aid," Prime Minister Lucas Papademos told the cabinet meeting that approved the final text.

The debt swap deal is a precondition for Greece to receive a second rescue package worth 130 billion euros ($174 billion) from eurozone countries and the International Monetary Fund (IMF).

As part of the deal - also known as a haircut - private creditors are asked to trade in their Greek bonds for new ones offering lower interest rates and longer maturities. Bondholders are expected to take a nominal loss of 53.5 percent on their holdings, which equates to a real loss of 73 to 74 percent.

The aim is to reduce Greece's debt mountain by 107 billion euros, in support of efforts to lower the country's national debt from a currently unsustainable 160 percent of annual economic output to 120 percent by 2020.

Greek Finance Minister Evangelos Venizelos said at least 90 percent of private creditors needed to accept the deal for the bond swap to become valid. If Greece would get "at least 66 percent" of its creditors to sign up to the deal, he said, the government planned to "impose a Collective Action Clause" which would "force" any reluctant investors to accept it too.

However, US-based ratings agency Fitch said Wednesday that in that case, all Greek debt would be "cut to default grade", meaning Greek bonds would no longer be accepted by central banks as loan collateral.

In the meantime, German shareholder rights activists have called on the Greek government to exclude smaller private investors from the haircut.

Marc Tüngler, head of the German Association for Shareholder Protection (DWS), told dpa news agency that small savers were "not involved" in negotiations for the bond swap.

He urged bondholders to "wait until they receive official notification from Athens", adding that "legal steps" against the bond swap would then be "prepared" by his organization.

So what next for Greece?

Experts already agree the second aid package for Greece will not be enough. What's missing, they say, is a convincing growth-driven business model. (22.02.2012)

Ex-journalist Marcelo Rebelo de Sousa is on track to win his second term as the president of Portugal, according to partial results. The vote was held amid a deadly surge in COVID-19 cases.