The president of Greek Superleague side Olympiakos has fined the club's first team players and banished them for the remainder of the season as a result of their poor form. 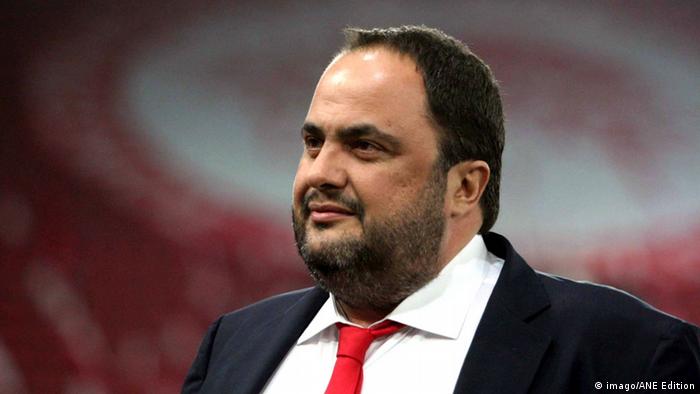 Olympiakos have won the league 19 times in the last 21 years, including every title since 2010. But they slipped to third after a 1-1 draw against mid-table Levadiakos, leaving president Evangelos Marinakis fuming.

"I and the rest of the fans have tolerated you for long enough," raged the 50-year-old, who also owns English second-division club Nottingham Forest. "You will leave today and go on holiday."

The players have also been fined €400,000 ($492,000) and will be replaced by youth players from the club's academy for the remaining four league games.

“The amateur players live with the basics," said Marinakis. "They love Olympiakos and the supporters much more than you do."

"[You care more about] your nice houses, your cars. You don't care about the team.

"I pay millions for you to have everything. I have fired three coaches but in the end it looks like you were at fault."

It has been a tumultuous season in Greece, with second-placed PAOK docked three points after their owner, Ivan Savvidis, stormed onto the pitch to confront a referee with a holstered gun.

The incident caused the government to suspend the league for two weeks before Savvidis, a powerful Russian-Greek businessman, was banned for three years.