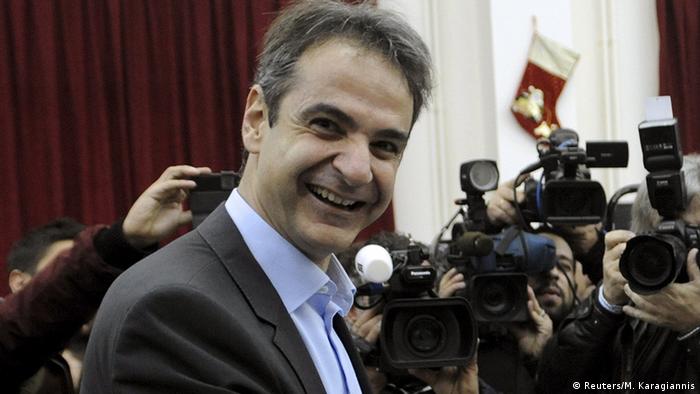 "We have one purpose. To express all the forces that stand against the populism of an incompetent government," Mitsotakis told supporters as he arrived at his political headquarters in Athens.

Yanis Varoufakis, Greece's former finance minister, has been tipped to launch a left-wing, pan-European political faction in Berlin. The ex-parliamentarian says the EU is undemocratic, and that transparency is needed.

The party announced Mitsotakis' victory after 70 percent of the nationwide vote was counted, with the new leader claiming 51 percent of the vote to former parliament chief Vangelis Meimarakis' 49 percent.

The final result of the vote is expected on Monday.

Mitsotakis has said he plans to realign the party towards the political center, although he said not ruled out working with the Mediterranean country's national right-wing faction.

The son of a former Prime Minister Constantine Mitsotakis and sister of former Foreign Minister Dora Bakoyannis, the New Democracy party leader has shrugged off criticism that he made significant political gains through his family connection.

"I guarantee that we will soon create a center-right government that will give Greece a reliable alternative solution in government," Mitsotakis told the Greek daily Kathimerini a day ahead of the vote.

The New Democracy party has been without an elected leader since July, when former party chief Antonis Samaras resigned abruptly. The move left Meimarakis in charge.

Mitsotakis served as Greece's administrative reform minister from 2013 to 2015, marking the first and only ministerial the economist has held to date.