Greece has sealed the sale of its biggest port, Piraeus, to COSCO, the state controlled China Ocean Shipping Company, marking the second major privatization for the country since 2015. 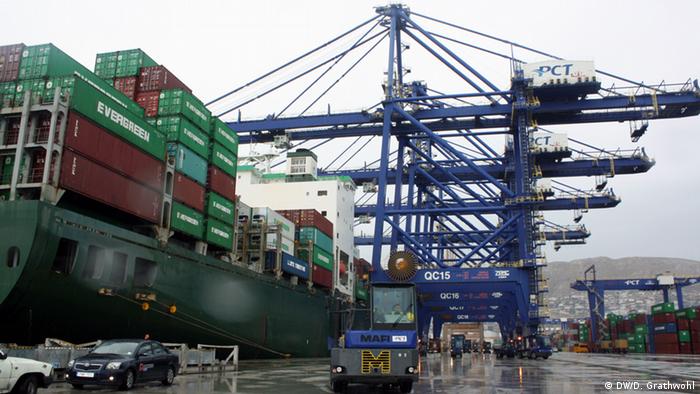 The sale, which had been long in the making and had been canceled as part of an overhaul of austerity-driven reforms last year, was another step towards the privatization of key state assets. However, according to Greek media, the country's goal of raising 50 billion euros through privatization is still a long way off. So far, not more than 3 billion euros had entered the state coffers that way.

The total value of the contract is 1.5 billion euros, including additional investment, as well as revenues of 410 million euros, dividends and interest Greece is expecting to collect under the 36-year concession deal between Piraeus Port and the government.

On Friday, striking dockworkers marched in central Athens to protest against the sale, which they feared would put their jobs at risk. Container terminals were shut as a result of the strike. Brief scuffles erupted between police and some of the protesters.

Athens concluded a 1.2-billion-euro airport leasing deal with Germany's Fraport in December, hoping this would help the country meet this year's target for privatization proceeds of 1.9 billion euros.

China has acted as an ATM for Greece, dispensing money whenever Athens was strapped for cash. But Beijing is slowly losing its desire to work with the Tsipras government, writes DW columnist Frank Sieren. (01.07.2015)

As Europe finds itself facing a raft of economic challenges due to the ongoing Greek debt crisis, Chinese Premier Li Keqiang is expected to announce a multibillion dollar investment in the EU's new infrastructure fund. (29.06.2015)