Greece's parliament has voted to authorize a July 5 referendum on international creditors' fiscal reform proposals required in exchange for a release of funds. The vote in favor of holding the referendum was 178-120. 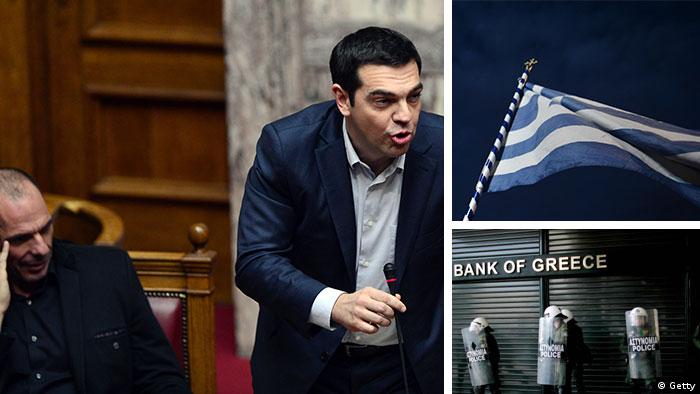 Tsipras said the referendum was not a tactic to break away from Europe: "The referendum isn't about a rupture with Europe," but on international creditors' latest proposals for reforms.

The prime minister said Greece would hold the referendum on July 5 whether the country's creditors wanted it or not.

Tsipras called on voters to reject what he called an "insulting" bailout offer from the foreign creditors in the referendum.

"The day of truth is coming for the creditors, the time when they will see that Greece will not surrender, that Greece is not a game that has ended," he said during his speech which referred often to democracy and national dignity.

"I am certain that the Greek people will rise to the historical circumstances and issue a resounding 'No' to the ultimatum," he said before the vote, which authorized the referendum to be held next Sunday.

The vote has raised the question of whether Greece can stay in the eurozone to a more immediate concern. After the referendum announcement by Tsipras on Friday night, there were queues early Saturday morning at ATM cash machines, putting a further strain on banking deposits.

"The destiny of Greece is to remain in the eurozone and no other country wants Greece to leave the eurozone," Sapin told reporters.

The French finance minister added that France could be a mediator between Greece and its creditors before and after the June 30 deadline.

"France is available at any moment to make sure that in the hours that come, in the days that come, before the 30th, after the 30th, we can retake the dialogue that is necessary including, and above all, with Greece," Sapin said.

German Finance Minister Wolfgang Schäuble said that the eurozone would do whatever it needed to fight the risk of financial "contagion" after the Eurogroup refused to extend Greece's bailout program.

"We will do everything to fight against any possible danger of contagion," Schäuble said.

The European Central Bank's (ECB) governing council is expected to meet on Sunday for an emergency meeting to discuss the situation, according to a statement by the bank.

The announcement comes as Greek citizens are pulling out record amounts of money from the Mediterranean country's banks.

Eurogroup chief has reiterated the position of eurozone finance ministers that Greece's bailout program will not be extended. Greece is inching closer to a June 30 deadline. (28.06.2015)

Germany's vice chancellor Gabriel has said in a radio interview that he is open to a Greek referendum on its bailout deal. He acknowledged that austerity might have caused more harm than good in Greece. (27.06.2015)