Greece fears return of left-wing terrorism | Europe| News and current affairs from around the continent | DW | 08.01.2014

Days after shots were fired on the German ambassador's residence in Athens, a notorious left-wing terrorist has escaped from prison. Concerns are growing over terror, as Athens takes over the EU presidency. 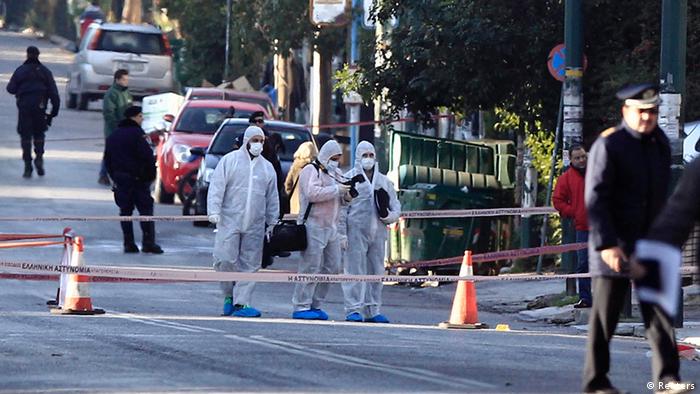 The man who escaped from prison is not just anybody. He was a known killer and leading figure in the Greek November 17 terror organization, who himself admitted to involvement in several terror attacks in the 1980s and 90s.

Amongst Christodoulos Xyros' victims were the Athens business magnate Dimitrios Angelopoulos, the conservative publisher Nikos Momferatos, Greek police officers, as well as diplomats from the US and the UK. Xyros also took part in the failed attacks on socialist ex-minister Giorgos Petsos and the former EU Commissioner Jannis Palaiokrassas. November 17 is also believed to have been responsible for an attack on the residence of the German ambassador with a rocket propelled grenade in 1999. 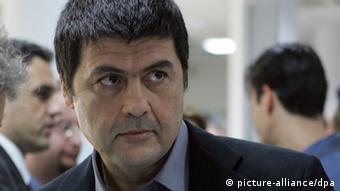 Xyros walked out for Christmas and never came back

After the crushing of the group, Xyros was sentenced in 2003 to serve six life sentences. Because of good behavior, he was permitted to leave prison eight times over the last 18 months - always under the condition that everyday he would report to the police. During his latest leave, he failed to report on Monday (06.01.2014), and has apparently gone underground.

"It can not be possible that a terrorist sentenced to life in prison gets to go on vacation seven times in the past 18 months. Not even our military has such privileges," political analyst Jannis Pretenderis told Greek television station MEGA. "I would like to know who the judges were who have made the decision and on what criteria they made it."

According to legal experts such prison leave is nothing unusual. Greek law doesn't differentiate between terrorist and any other criminals. The governing coalition of conservatives and socialists wants to change this, as Justice Minister Charalambos Athanassiou declared on Tuesday after meeting Prime Minister Antonis Samaras. He also promised that within 100 days a new high-security prison would be built to house terrorists and dangerous criminals. He didn't explain why no one had thought of that before. 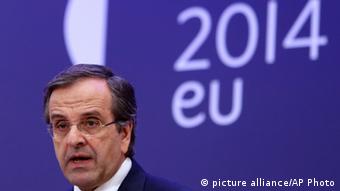 Antonis Samaras has already enough problems as it is

Xyros' lawyer, Fragiskos Ragoussis, is not too surprised about his client's escape. It was a political decision by Xyros, in line with his revolutionary activity, Ragoussis told Skai television. He said he also couldn't rule out that Xyros would strike again: it was the social necessity and the "issues of our time" that apparently had driven Xyros to escape.

It's a statement that begs closer attention. In times of rising social tension, the ghost of left-wing terrorism seems to have come to haunt crisis-struck Greece once more. Pretenderis believes that everything points to a new wave of violence: "Xyros is not just anybody, he has extensive knowledge about terror attacks and explosives." Now he seems to be trying to pass his knowledge on to a new generation consisting of young people he himself had recruited in recent years.

Xyros couldn't have chosen a better time to stir fears: Greece is currently in the focus of global attention and on Wednesday (8.1.2014) the country will see the ceremony marking the start of the Greek EU presidency. Senior figures are scheduled to attend from Brussels, and some 2,000 policemen will be on duty. The old Zappeion palace at the heart of Athens has been sealed off since Tuesday.

Journalist Anna Panagiotarea, who has good contacts in the conservative government circles, warns that "our country stands under constant observation by foreign media and it often has to suffer blows below the belt. And now this - as if our prime minister didn't already have enough problems - now he might have to justify himself for terrorism in Greece."

For the next six months, Greece holds the presidency of the European Union. The country is virtually bankrupt, and has been bailed out several times by the EU. Now it's in charge of the EU's daily agenda. (01.01.2014)

Greek police say that a number of shots have been fired at the German ambassador's residence in Athens. No casualties were reported in the attack. (30.12.2013)

On January 1, 2014, Greece will begin its term as rotating EU president. Despite its ongoing economic woes, the country is adamant it will be an "honest broker" at the head of the EU during the next six months. (28.12.2013)