The Premier League club has confirmed that the long-rumored deal has been completed. This comes just a month after Xhaka denied having any intentions to leave the Rhineland for England. 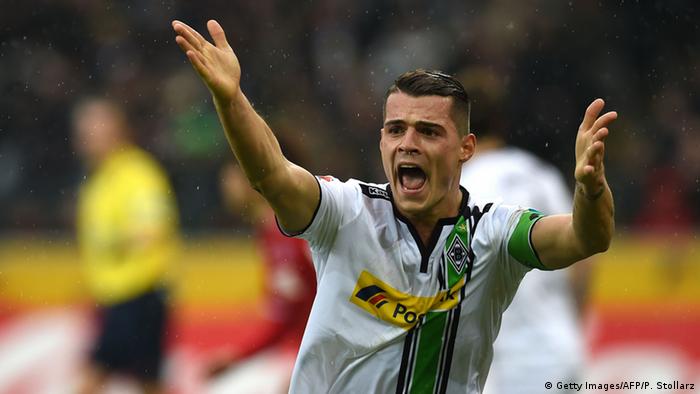 A statement posted on Arsenal's website said Xhaka had moved to the club for an "undisclosed fee" on a "long-term" contract. It added that the Swiss national team player had successfully completed his medical and would join his new teammates following the European championship in France.

"Granit Xhaka is an exciting young player, already with good Champions League and Bundesliga experience," Arsenal coach Arsene Wenger said in the statement. "We have been watching him for a long time now and he is a player who will add quality to our squad. We wish Granit a good Euro 2016 with Switzerland and look forward to welcoming him to Arsenal ahead of next season.”

The Premier League side had reportedly been interested in the midfielder for quite some time, with reports in the English press stating that the 23-year-old Xhaka had undergone his medical in London last Friday. However, as recently as last month, he had denied any intention of leaving Gladbach.

For their part, Mönchengladbach attempted to put a brave face on the move.

"We’re losing a very, very good player, but the agreed transfer fee provides us with the opportunity to make sensible additions to our squad," saidBorussia's sporting director Max Eberl said on the Bundesliga club's website. "We would like to thank Granit for his hard work and dedication at Gladbach over the last four years and wish him great success at his new club in London."

While the transfer fee has not be disclosed by the club, the German sports magazine "Kicker" has put it at around 45 million euros ($50 million).

Granit Xhaka puts the blame for his accumulation of cards on Bundesliga coaches. He doesn't believe he would have so many cards in England, a destination from which he admits would be difficult to refuse an offer. (10.02.2016)

Borussia Mönchengladbach captain Granit Xhaka received a three-match ban after his third red card of the season. He will be barred from helping Gladbach against Dortmund when the Bundesliga resumes in January. (22.12.2015)

Anthony Modeste did his hopes of a new contract no harm as he led Cologne to a famous win over rivals Borussia Mönchengladbach. The derby win puts the Billy Goats in a strong position to return to the European stage.

Ghana's national team is aiming to take its last chance to qualify for the World Cup in Qatar. Leading the Black Stars in their two-game playoff against rivals Nigeria will be former Ghana and Bundesliga star Otto Addo.