Google spat with Amazon heats up | Business | Economy and finance news from a German perspective | DW | 06.12.2017

Google spat with Amazon heats up

In the online corporate jungle, the beasts don't come much bigger than Amazon and Google. Their latest feud is related to how they promote the other’s wares but industry experts predict that bigger battles lie ahead. 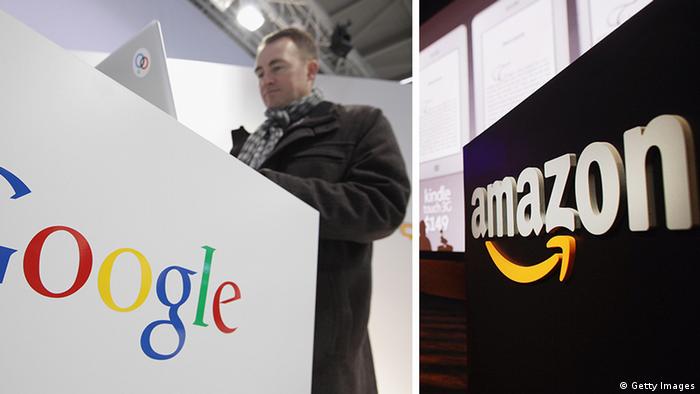 Internet giants Amazon and Google have come to blows over the way in which they promote and acknowledge each other on their own platforms.

Given the Silicon Valley rivals' status as two of the biggest companies in the world by market capitalization, its little surprise that they already compete intensely across several areas, from online search to the sale of voice-controlled products.

On Tuesday, Google, which is owned by the conglomerate Alphabet Inc, announced it would block its video platform YouTube from being used as an app on two different Amazon devices. In a statement, it cited the fact that Amazon does not sell Google hardware on its various platforms. 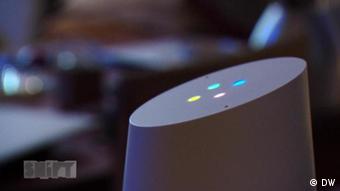 "Given this lack of reciprocity, we are no longer supporting YouTube on Echo Show and Fire TV," the search giant said, referring to two Amazon-made devices. "We hope we can reach an agreement to resolve these issues soon."

The Amazon response was blunt. "Google is setting a disappointing precedent by selectively blocking customer access to an open website," it said.

The latest twist has been coming for a while. In 2015, Amazon took Chromecast, a Google television service, off its retail website, claiming the move was to avoid confusing consumers.

While the tit-for-tat blocking and unblocking of each other's' services and platforms will continue to command attention, technology industry experts believe the big battle ultimately brewing between the pair will be over voice recognition technology.

Both Amazon and Google have made inroads into the technology which many experts believe will become a mainstay across various industries in the years ahead.

However it remains to be seen which of the two internet behemoths will dominate the potentially lucrative space, which is also likely to pique the interest of other major Silicon Valley players.