Dozens of websites which were blocked in India by the government are slowly coming back online. Indian authorities say the blocks, initiated in late December, was a result of terror threats by the "Islamic State" Group. 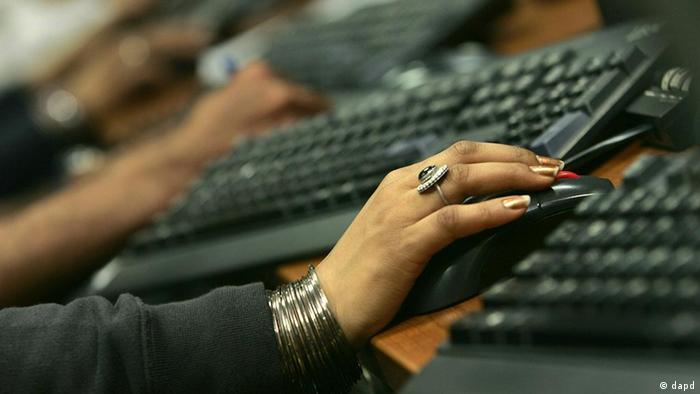 Internet users in India on Wednesday reported being able to once again access several websites which had been blocked by the government, which said it was acting on advice that the sites had been carrying "anti-India" content from the self-proclaimed "Islamic State" group.

The websites which were affected included video-sharing site Vimeo as well as several code-sharing sites like Github and Pastebin. While it was reported that four of the sites, including Vimeo, had been unblocked on December 31, some were only reporting coming back online Wednesday.

Indians have taken to social media to express their frustration.

Reviving the hashtag #GOIBlocks, they have pointed out what they see as internet censorship and alleged hypocrisy from their leaders, including Prime Minister Narendra Modi who spoke up for internet freedom back in 2012 before he took office.

Although the blockages have been frustrating for many in India's rapidly growing IT sector, computer-savvy users internet have found ways to circumvent the blocks, for instance by using proxy servers.

Beijing appears to have blocked all remaining ways to access Gmail, according to Google and Internet monitoring organizations. The move is being seen as Beijing's attempt to stifle freedom of expression. (30.12.2014)

Opinion: How not to lose the media war against IS

The West needs to smarten up in its dealings with media savvy terrorists like the "Islamic State," argues Thorsten Benner. The current response is self-defeating. (17.11.2014)

Chinese media have reported last week Internet giant Baidu is interested in investing in US carsharing app Uber. The two companies now have confirmed the speculations, tying the knot at an official signing ceremony. (17.12.2014)