Opinion: How not to lose the media war against IS | World | Breaking news and perspectives from around the globe | DW | 17.11.2014

Opinion: How not to lose the media war against IS

The West needs to smarten up in its dealings with media savvy terrorists like the "Islamic State," argues Thorsten Benner. The current response is self-defeating. 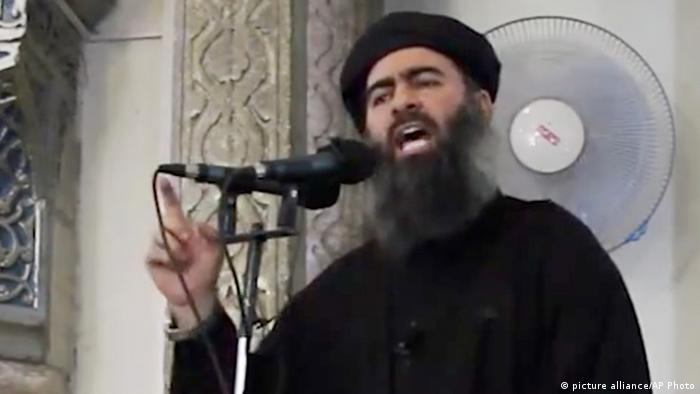 On Sunday, the group that calls itself the "Islamic State" (IS) released another video of the beheading of a hostage, this time an American aid worker. Within minutes, Western media was all over the story.

From CNN to N24, it was breaking news on all channels. From Deutsche Welle to the New York Times, it quickly became the lead story on all major news sites. It is about time we ask ourselves whether this is a smart way of dealing with what clearly is a very calculated publicity ploy on the part of IS.

As horrific as the act of every single beheading is, it is not major world news. It does not change anything in terms of the situation on the ground in Iraq and Syria where IS is seeking to establish its "caliphate." 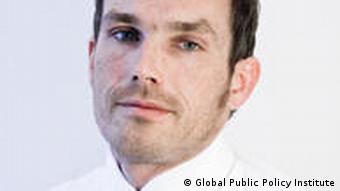 What's more, by turning every single beheading into front page news, we fall into the trap of IS‘ PR strategy. Like all terrorist organizations, IS is motivated by what Irish scholar Louise Richardson has termed the "3 Rs": revenge, renown, reaction. Unlike the revenge part, renown and reaction are completely outside the control of terrorist groups.

So why offer IS free PR minutes and fame by hyping every single beheading? It is about time for all news media to resolve not to turn every single IS killing into major news. That would undercut the renown part of the IS strategy in a major way.

Even more important is getting the reaction part right. Unfortunately, here Western countries are also on the wrong track by pursuing self-defeating responses.

One example for this is UK Prime Minister David Cameron. Like many policymakers, he views the Internet as a jihadi Wild West that needs to be brought fully under government control. In a speech prior to the G20 summit in Brisbane this past weekend, Cameron #link:http://www.telegraph.co.uk/news/politics/david-cameron/11230325/David-Cameron-Google-Facebook-and-Twitter-have-duty-to-take-down-extremist-material.html:warned# that "we must not allow the Internet to be an ungoverned space."

The new head of the UK intelligence service GCHQ, David Hannigan, went even further by #link:http://www.ft.com/intl/cms/s/2/c89b6c58-6342-11e4-8a63-00144feabdc0.html##axzz3JLHnfIHf:warning# that Facebook and Twitter have become "command and control networks of choice" for IS terrorists. From Cameron's point-of-view, it is the "social responsibility" of companies to exercise censorship and take down extremist material.

This overlooks the fact that while terrorist groups do exploit social media, they are also a treasure trove of information that governments can use. As US experts Jeremy Shapiro and Dan Byman have #link:http://www.washingtonpost.com/opinions/we-shouldnt-stop-terrorists-from-tweeting/2014/10/09/106939b6-4d9f-11e4-8c24-487e92bc997b_story.html?hpid=z3:argued#: "At the very least, intelligence officers can learn the most prominent ways jihadists recruit others and try to counter them. At best, they can communicate with actual and potential terrorists, feeding information - and misinformation - to their networks."

That's why a broad censorship push such as the one by Cameron is questionable on both civil liberties and intelligence grounds.

Even worse are suggestions by GCHQ chief Hannigan and FBI Director Comey about a closer cooperation between companies and the government on intelligence and surveillance. Hannigan accuses technology companies of being in denial about the "misuse" of their services. Some of the wrath of GCHQ and FBI is directed at encryption tools.

Hannigan argues that "techniques for encrypting messages or making them anonymous which were once the preserve of the most sophisticated criminals or nation states now come as standard." The FBI's Comey #link:http://www.fbi.gov/news/speeches/going-dark-are-technology-privacy-and-public-safety-on-a-collision-course:sees# encryption as threatening to "lead all of us to a very dark place."

Both appear to be bent on banning or weakening encryption tools that are currently the only effective way - for journalists, opposition leaders and ordinary citizens - to escape blanket surveillance.

To weaken these tools decisively would be a very misguided reaction to the real challenge posed by IS and other terrorist groups.

Unlike after 9/11, we should not allow the IS threat to write the likes of Hannigan and Comey a blank cheque for their one-sided agendas. Overreactions are often self-defeating – this is the lesson we should have learned from the years of the ill-fated "war on terror".