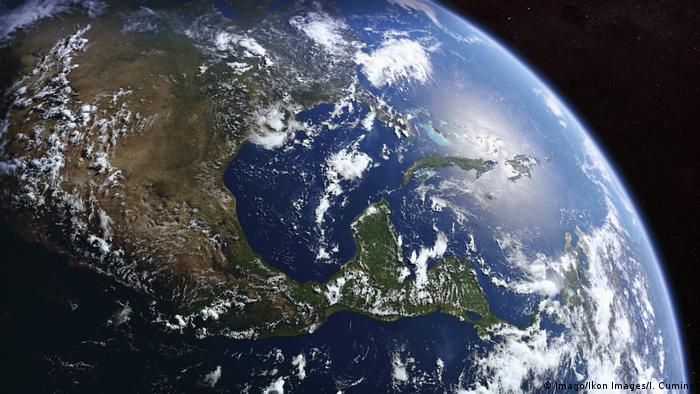 The World Meteorological Organization has released a meta-analysis confirming that 2017 was the second-hottest year on record.

The year 2016 remains the warmest since records began, the United Nations agency said, with an average Earth surface temperature at 1.2 degrees Celsius (2.2 degrees Fahrenheit) above pre-industrial levels. Measured global average temperatures in 2015 and 2017 came in at 1.1 degrees Celsius warmer.

The analysis consolidated millions of meteorological and marine observations from five international datasets: NASA, the NOAA, the Met Office, the Copernicus Climate Change Service, and the Japan Meteorological Agency.

"Despite colder than average temperatures in any one part of the world, temperatures over the planet as a whole continue the rapid warming trend we've seen over the last 40 years," said Gavin Schmidt, director of NASA's Goddard Institute for Space Studies in New York, in a statement.

The NOAA analysis also pointed out record-low sea ice in the Arctic and Antarctica in 2017.

While NASA ranked 2017 as the second-warmest on record, the NOAA and the Japan Meteorological Agency put it as third; this divergence is due to differing methodologies. Analyses from both United States agencies show the five hottest years on record have all taken place since 2010. 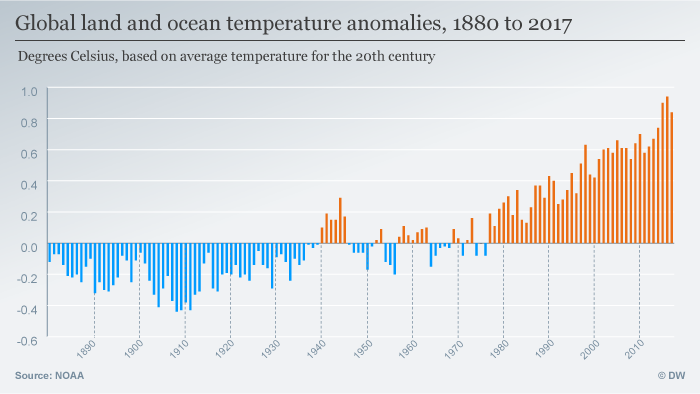 Had the El Niño and La Niña patterns from 2015 to 2017 been statistically removed from the analyses, this would have made 2017 the warmest year on record, concluded the NASA and Met Office findings.

Data from all meteorological agencies indicate a long-term global warming trend. The majority of scientists agree such climate change is due to increased carbon dioxide in the atmosphere since combustion of fossil fuels began in earnest after the 1890s.

Climate change has been tied to extreme weather being experienced around the world.

Earlier this week, a leaked draft of a UN paper indicated that the lower limit for warming set by the Paris Agreement on climate change, of 1.5 degrees Celsius, is likely to be overshot by 2040.

The World Meteorological Organization is the weather and climate-related branch of the United Nations.