Global tourism is a billion-dollar business

The number of tourists has risen to more than 1.1 billion people worldwide: Tourism is undeniably one of the most important international economic activities. 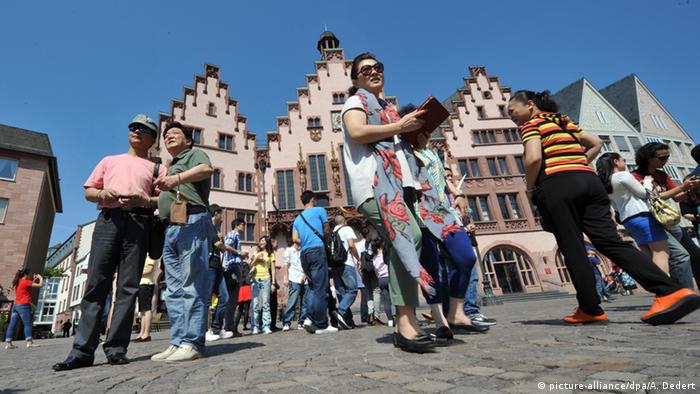 Tourists spent over a trillion euros while travelling last year, whether on transportation, accommodation, food, shopping, entertainment, which is four percent more than the previous year. This was announced by the United Nations World Tourism Organization on Tuesday (21.07.2015) in Madrid.

The US is the country where tourists spent the most money in 2014. Tourism generated revenues of over 162 billion euros ($177 billion), or 2.5 percent more than the year before. Spain came in second place came nearly 60 billion euros ($65 billion), followed by China and France.

According to the World Tourism Organization, Chinese tourists were the ones who spent the most money during their holidays abroad, with a total of 151 billion euros ($165 billion) - an increase of 27 percent. American tourists allocated over 100 billion dollars to their vacations outside the country while travelling Germans invested over 84 billion euros abroad. The World Tourism Organization foresees a further growth in tourism this year, between three and four percent.