Global violence has reached its highest level in the last 25 years. That's despite a new ranking showing that the world would be growing more peaceful - if it weren't for conflicts in the Middle East. 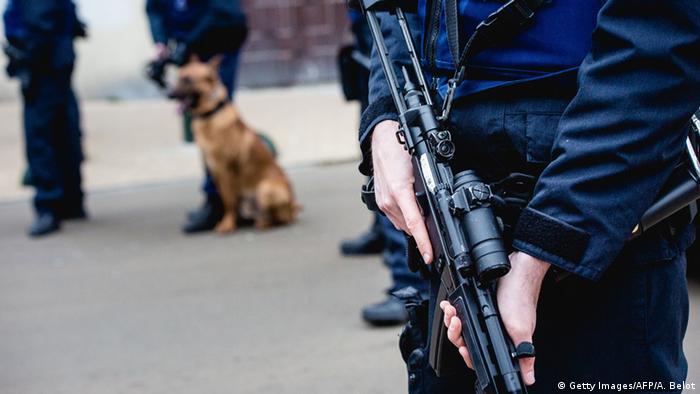 The 2016 Global Peace Index, which measures 23 indicators, including incidents of violent crime, levels of militarization and imports of weaponry, said conflicts in the Middle East were mostly to blame for the rising levels of global conflict.

Most attacks classed as "terrorist" were concentrated in five countries: Syria, Iraq, Nigeria, Afghanistan and Pakistan. 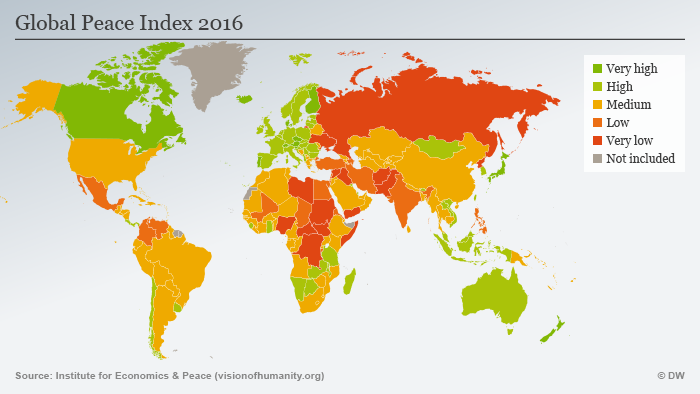 "Quite often, in the mayhem which is happening in the Middle East currently, we lose sight of the other positive trends," said Steve Killelea, founder of the Institute for Economics and Peace (IEP), which produces the index.

"If we look in the last year, if we took out the Middle East ... the world would have become more peaceful," Killelea said.

The economic cost of violence in 2015 was $13.6 trillion (12 trillion euros), or 13.3 percent of global GDP, according to the index. That is about 11 times the size of global foreign direct investment.

Europe is the most peaceful region in the world, although the region's peace score dropped in the wake of attacks in Paris and Brussels. Iceland is the world's most peaceful country listed in the index, followed by Denmark, Austria, New Zealand and Portugal.

The United States was ranked 103rd most peaceful out of 163. Japan was ninth, Germany came in 16th and Britain was 47th. After last year's terror attacks, France dropped only one place to 46th.

Opinion: Muslims as perpetrators and victims

Does Islam have a problem with violence? This question is being passionately debated, particularly in Europe. Yet a new study points to just the opposite. Rainer Sollich comments. (18.04.2016)

Global terrorism-related deaths are on the rise, according to a report published by the Institute for Economics and Peace. The think tank says militant groups Boko Haram and "Islamic State" are largely to blame. (17.11.2015)