Global terrorism-related deaths are on the rise, according to a report published by the Institute for Economics and Peace. The think tank says militant groups Boko Haram and "Islamic State" are largely to blame. 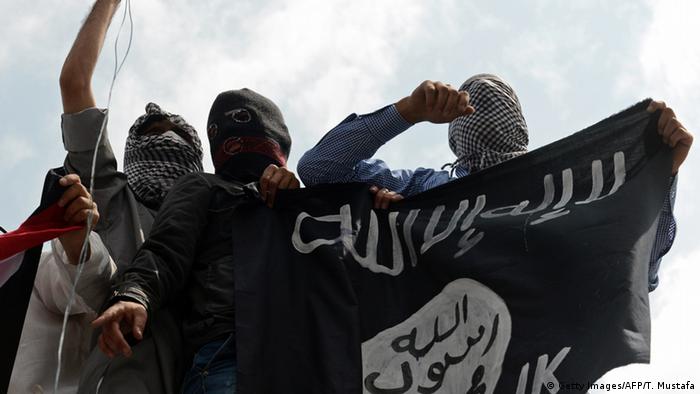 The Institute for Economics and Peace said Tuesday that the number of people killed in terrorist attacks around the world rose 80 percent last year.

The Global Terrorism Index found that 32,685 people were killed by terrorist attacks in 2014, an increase from 18,111 deaths in 2013. The rise in deaths from terrorism is the largest increase on record.

"Terrorism is gaining momentum at an unprecedented pace," said Steve Killelea, executive chairman of the Institute of Economics and Peace.

Terrorism is defined in the report as "the threatened or actual use of illegal force and violence by a non-state actor to attain a political, economic, religious or social goal through fear, coercion or intimidation."

The militant groups Boko Haram and "Islamic State" are largely to blame for the increase, as they accounted for more than 51 percent of the deaths in 2014. 78 percent of the deaths recorded took place in Afghanistan, Iraq, Nigeria, Pakistan and Syria. Iraq was the hardest hit with 9,929 deaths related to terrorism, and Nigeria saw an increase of more than 300 percent with 7,512 terrorism-related deaths.

Killelea said there was an "interconnectedness between the current refugee crisis, terrorism and conflict," as 10 of the 11 nations most affected by terrorism were also among those with the highest rates of refugees and internal displacement.

"The significant increase in terrorist activity has meant that its ramifications are being felt more widely throughout the world," he added.

Terrorism in the West

According to the study, Western states were much less at risk of terrorist attacks from Islamic fundamentalism and instead more prone to lone wolf attacks driven by political extremism, nationalism or racial and religious supremacy.

However, the attacks in Paris, claimed by the militant "Islamic State" group, could prove to be a milestone, said Killelea.

"The Paris incident in many ways is a watershed within Europe. It shows that ISIL [IS] has the capabilities to be able to launch sophisticated and deadly attacks in Europe," he said, warning that more private citizens are being targeted by the militant group.

"It's difficult - taking the time frame forward two years - to see the [IS] threat disappearing."

The economic cost of terrorism estimated by the study amounted to $52.9 billion (49.6 billion euros), a tenfold increase since 2000 and the highest level ever reported.

The evil in all of us

Are we good or evil? And is violence something that can be elicited from any one of us? DW goes on a neurobiological search for the origins of human violence. (16.11.2015)

G20 leaders pledge to cut off financing to curb IS terrorism

The world's 20 most important countries intend to work together to curb "Islamic State" terrorism - not just by direct attacks, but also using financial means. Bernd Riegert reports from the G20 summit in Antalya. (17.11.2015)