Soil is a vital but endangered resource. We literally can't live without it. Still, in the European Union, political squabbling has left soil largely unprotected and the consequences aren't good. 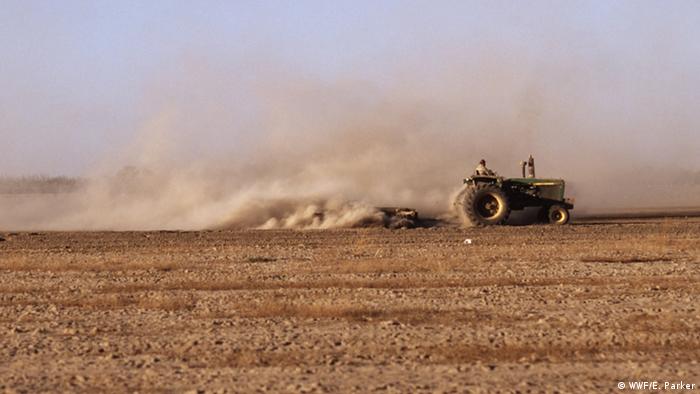 Xavier Dugnoille, an amateur gardener in Brussels, is tinkering with the dirt in his backyard. It's rained a lot lately, and he's concerned that the substratum, the layer of earth beneath the surface soil, is waterlogged.

"The most important thing is to have a good substratum, that gives the plants support and nutrients," he says while pruning his lemon tree. "What is important with soil is that it gets the right amount of water." He carefully searches for signs of earthworms, whose burrowing is essential for introducing oxygen into the earth. 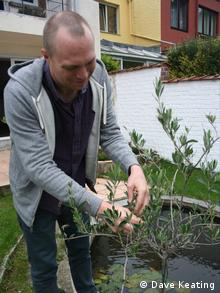 Xavier Dugnoille, an amatuer gardener in Brussels, knows the secret of good soil and how important this finite resource is

For any gardener, soil is vital. Nothing is going to grow if you don't take care of the dirt. Dugnoille understands this more than most. He works as a risk consultant, and part of his job in assessing the weaknesses of a property, which also means looking at soil quality and searching for possible contamination. In his own garden, he takes special care to ensure the ground stays healthy.

Just a few kilometers away at the European Union institutions, Dugnoille's concern for his garden soil is writ large on a continental scale. It's not just gardeners who are worried about soil quality, but also environmentalists.

Soil is essential for sustaining life on earth, helping plants and trees grow and protecting the water supply. It also acts as a natural carbon sink - storing climate-change causing CO2 emissions. In fact, it can store three times as much carbon as vegetation.

Degraded soil can't perform these vital functions properly. And while it can take centuries to build up a centimeter of soil, it can be blown or washed away in a few seasons if not cared for properly. Yet, given the importance of soil, there is astonishingly little protection in Europe for this precious resource.

The EU has strict laws protecting air quality and water, but soil has fallen into a regulatory black hole. Only a handful of EU countries have dedicated soil protection legislation. These include Germany, which has been documenting the condition of its soil since 1998.

In the absence of legislation, increased pesticide use, intensive farming practices, and urban sprawl are seriously damaging Europe's soil. "Farmers apply up to 20 or so different chemicals to a single field every year with often little thought to or knowledge of what impact this is having on the soil below," says Louise Payton, a policy officer with the UK-based charity the #link:http://www.soilassociation.org/:Soil Association#. "Yet one in four of all known species live in soil and scientists argue that soil biodiversity is vital to producing our food in the long-term."

According to #link:http://ec.europa.eu/environment/soil/sealing.htm:EU statistics#, 9 percent of Europe's soil has been sealed over. In Germany alone, concrete and asphalt swallow up around 100 hectares of land each day - equivalent to about 140 soccer fields.

Compaction, caused for instance by industrial equipment driving over the earth, threatens around 35 percent of EU soil. Sealing and compaction mean the ground can no longer absorb water, which in turn can lead to flooding - an increasingly common problem in Europe.

Experts say the #link:http://www.esa.int/Our_Activities/Observing_the_Earth/The_Living_Planet_Programme/Earth_Explorers/SMOS/SMOS_maps_record_soil_water_before_flood:massive floods# that hit Central Europe in 2013 were partly caused by land management problems which had allowed soils in Germany to become saturated. The #link:http://www.wyeuskfoundation.org/:Wye and Usk Foundation#, a UK charity, says that recent flooding in Wales is due to farmers using increasingly aggressive agricultural practices that cause top-soil erosion. 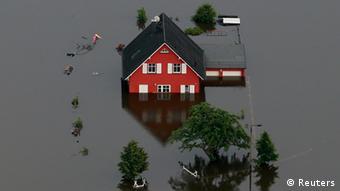 Too much or too little regulation?

So why isn't soil being protected? The EU has recognized soil degradation as a "serious challenge." It costs Europe around 38 billion euros ($42 billion) each year. Still, last year Brussels finally shelved a soil regulation proposal after a group of countries led by Germany and the United Kingdom blocked the bid for eight years.

Their objection was about politics rather than policy - specifically about member states' rights in the EU. The British and German governments claimed that unlike air and water, soil is not a cross-border issue and therefore the EU has no right to regulate it.

As public concern over sovereignty and bureaucracy within the EU has increased, these governments saw the proposed EU legislation as unwarranted meddling in an area best dealt with at the local level. Farmers lobbied intensely against the legislation too.

"The soil directive was not necessarily going to improve soil protection in the EU," says Pekka Pesonen, secretary-general of European farmers' association #link:www.copa-cogeca.be:Copa-Cogeca#, of the proposal's withdrawal last year.

Soil is already protected under such EU legislation as the Common Agricultural Policy and biodiversity rules, according to Personen. "The soil directive would have just added layers of red tape. There was no need for it."

Environmentalists disagree with the farming association's appraisal. The now defunct proposal would have established a harmonized EU approach, requiring national governments to collect data on soil health and share that data between them, they say. Additionally, countries would have been required to identify sites at risk from soil erosion, compaction, salinization, acidification or decline of organic matter.

It would have also required governments to set up national programs to deal with these degraded sites, although it would have been left to member states to decide if and how to fix the site.

Balázs Horváth from the campaign group #link:www.eeb.org:European Environmental Bureau# wants to see the EU require governments to clean up soil, but he says the 2006 directive would have at least pressured member states to take action by increasing awareness of the problem. "Right now many governments are not even collecting the data," he says."There was no possibility to even discuss the technical issues for the past eight years." 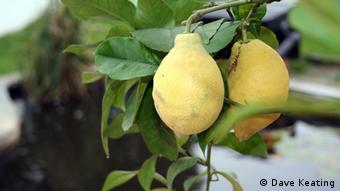 Without healthy soil, plants, such as this lemon tree, cannot grow

Horváth is convinced that soil is not just a national matter, saying, for instance, if one country implements requirements to prevent flooding, it could still be affected by floods coming from a neighboring country that has not taken care of its soil.

But even as many national governments insist that soil is a national issue, they have passed almost no new national or regional legislation to protect the soil in recent years.

That is all the more troubling considering that healthy soil benefits everyone from green-fingered hobby gardeners such as Xavier Dugnoille to large-scale farms. Or as Payton from the Soil Association puts it: "It's arguably a win-win, for farmers and local people."