The Kayapó people of the Amazon are excellent guardians of the forest but big business interests and a change to Brazil's constitution could threaten the ecosystem they have managed to preserve until now. 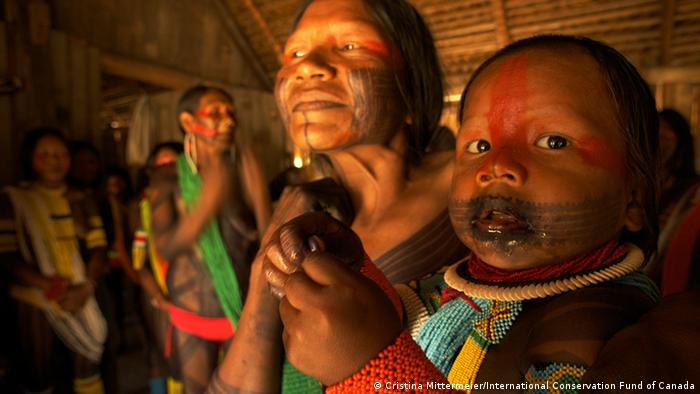 In Brazil's northern interior, the once pristine forest has been stripped in many places leaving behind swathes of barren fields and destroyed ecosystems. A notable exception is an area spanning 11 million hectares of primary tropical forest and savanna. The land is legally-owned by the Kayapó indigenous peoples.

About 10,000 tribal members live in 46 villages scattered across the vast territory roughly the size of Bulgaria. Satellite images of the area confirm what scientists have known all along: The Kayapó are the most effective defenders against illegal logging, ranching and gold mining. However, powerful political and economic forces are working against them, say conservationists.

The Kayapó and other environmental activists are currently fighting a proposed constitutional amendment known as PEC 215, which is intended to transfer the Brazilian executive government's right to designate which land is indigenous to the country's parliament - the National Congress.

It sounds harmless enough, except that the congress is home to a powerful "ruralist" bloc that has close ties to the agricultural, forestry, energy and mining industries. As a result, many see the proposed amendment as a threat to what is left of the Amazon rainforest and its biodiversity. And while the Kayapó land is the largest of its kind, it is only one of about 690 recognized territories concentrated in the region that could face the chop. 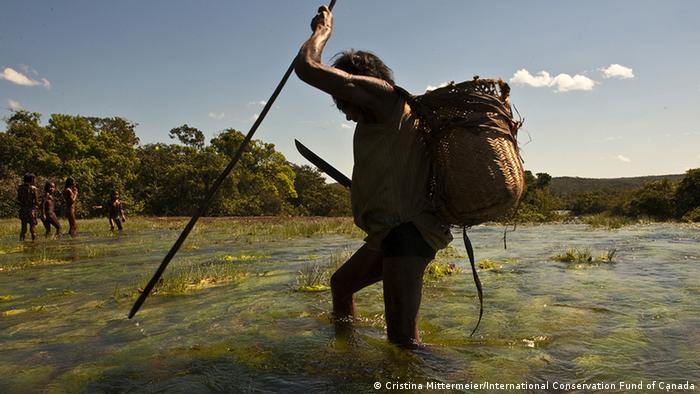 The Kayapó know how to hunt sustainably

Hunters, gatherers, guardians of the ecosystem

In exchange for their guardianship of the land, the Kayapó count on the forest for food. They fish some of the 3,000 species in the Amazon River, and hunt mammals, birds, and tortoises while women gather nuts and fruit.

Barbara Zimmerman, director of the Kayapó Project at the International Conservation Fund of Canada (ICFC) says their stewardship has little negative impact on endangered species.

"They're not putting a dent even in the most sensitive game species like white-lipped peccary, tapir, fish and so on," says Zimmerman who added that such species are being wiped out at an alarming rate in other parts of the Amazon where they are hunted.

Researchers are concerned that giving large resource industries access to the land would threaten several endangered species in the area, including the white-whiskered spider monkey, giant otter, and hyacinth macaw. Other vulnerable large-game species like the giant armadillo, bush dog, and jaguar are found within hunting range of Kayapó communities as well.

"Scientists working in the Amazon would tell you that indigenous lands are absolute key to any hope for conservation of Amazonian biodiversity," Zimmerman told DW.

The forest also mitigates the effects of climate change and plays an important role in maintaining rainfall patterns on a larger geographic scale. It's an important buffer for cities in the region, including São Paulo, which suffered power cuts and drastic water rationing in 2014 during its worst drought in 80 years. Scientists attributed the drought to Amazon deforestation.

The hunger for rainforest lands that drives large-scale illegal logging and ranching in the Amazon is linked to Brazil's booming agricultural sector. According to global auditor PwC, agribusiness employs roughly a third of the working population and accounts for 22 percent of the country’s Gross Domestic Product (GDP). The country is one of the top three beef exporters in the world. In 2013, 40 percent of global exports for products such as coffee, sugar, soybeans, and orange juice came from Brazil. 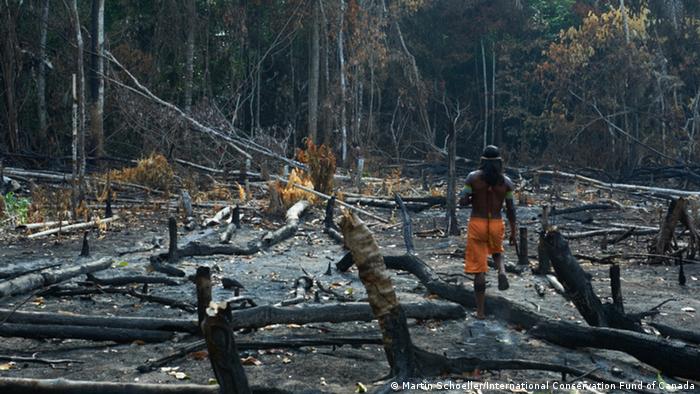 Agribusiness has grown so powerful it has an army of lobbyists in government setting agendas like PEC 215. At the helm is Kátia Abreu, the minister of agriculture appointed in December 2014 by President Dilma Rousseff. In an interview with 'The Guardian' earlier that year, Abreu described her goal of increasing agricultural output and weakening forest controls.

"We cannot rest on our laurels. There are many things holding back progress - the environmental issue, the Indian issue and more," said Abreu, referring to the Amazon tribes. "But even with these problems we keep producing high levels of productivity. Imagine how high it might be without those obstacles."

Abreu also noted the agricultural industry's role in lifting many average Brazilians out poverty. But Sarah Shenker, campaign officer with Survival International, disagrees with the minister's take. Shenker says only a small group of people benefit from Brazil's agricultural industry.

"These projects will make big companies richer, some of the money will go to the government as well, but they're not projects which are going to make poor people richer," says the environmental campaigner.

Only the tip of a developmental agenda

A group of indigenous peoples, parliamentarians, and civil society organizations believe PEC 215 is only the tip of a massive developmental agenda that will "permit the approval of large-scale enterprises within these protected areas." According to a manifesto they signed and delivered to congress in June, these projects include hydroelectric dams, mines, extensive agribusiness and the construction of highways, waterways, ports and railways for industrial transport.

"It is for the whole world that I am fighting to succeed in preserving the forest," said Kayapó chief Raoni Metuktire in an online appeal against the controversial Belo Monte Dam project on the Xingu river in northeastern Brazil that is expected to be completed by the end of 2015. The local tribes say the dam will damage their livelihoods and the environment. The government argues it will provide clean renewable energy for the region as well as economic development.

Chief Raoni and fellow Kayapó Chief Mekaron-Ti have worked for more than 40 years to save the Amazon and have fought off mega dams proposed along the Xingu River since the 1980s - armed with the tribe's strong leadership and combative spirit. In the distant past, the Kayapó have gone so far as to evict and kill intruders when threatened.

In a country where thousands of citizens marched in August in the wake of a massive investigation linking top bureaucrats and company executives to bribery, money laundering and kickbacks, there's evidence to suggest environmental protection is at the mercy of corruption. 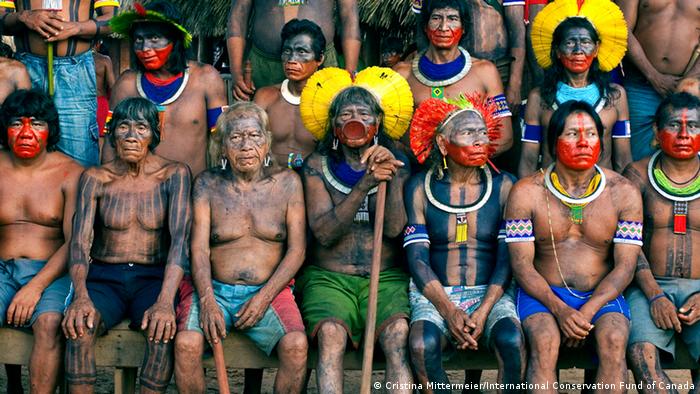 A David and Goliath Story? Kayapó face-off with big business and politics to save their land

For instance, Paulo Roberto Costa, former director of semi-public company Petrobras and one of the first high-level executives to be arrested and convicted, exposed politicians involved in corruption in sectors such as transportation and dam construction.

Another convicted executive, Dalton Avancini, ex-president of one of Brazil's largest engineering firms Camargo Corrêa, revealed that the company paid millions to two political parties in exchange for 15 percent of the contract to build the Belo Monte mega dam.

Given the money at stake, the indigenous peoples living in the forest are facing an uphill struggle, say conservationists.

"A giant black storm is building on the horizon," says Zimmerman of the ICFC. "Ranchers want in. Colonists want in. Given that [the Kayapó] have the last valuable stocks of timber in the entire region, the pressures are intense."