Not only is the global concentration of the greenhouse gas the highest since the beginning of modern records, it's also rising incredibly fast, according to a US government angency. 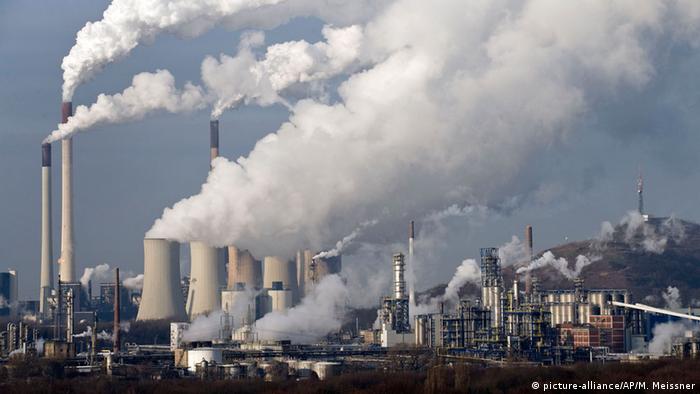 "It's both disturbing and daunting," said Pieter Tans, chief greenhouse gas scientist at the National Oceanic and Atmospheric Administration, with the increase of CO2 happening at an extremely fast pace compared to changes in CO2 values that occur naturally.

The molecule, which is released into the atmosphere through the burning of coal, oil and gas, has reached a level that is 18 percent higher than in 1980. Levels of the greenhouse gas have risen 61 ppm over the last 35 years.

CO2 is one of the chief factors responsible for rising temperatures on earth. Countries have to drastically reduce their CO2 emissions - by switching to renewable energy, for example - to still reach the climate goal of keeping global warming to under two degrees Celsius.

An increase higher than two degrees would have severe consequences, experts say.

"Our generation is the last one to have the chance to avert the biggest risks that come with climate change, and keep global warming under two degrees," said Christoph Bals, political head of the ecological German NGO Germanwatch.

"The fact that CO2 surpassed the 400 ppm level shows that the time for this is running out."