The American weekly magazine has made an Indian-American teen inventor its first ever "Kid of the Year." Gitanjali Rao, 15, amazed actor Angelina Jolie with her genius and generosity. 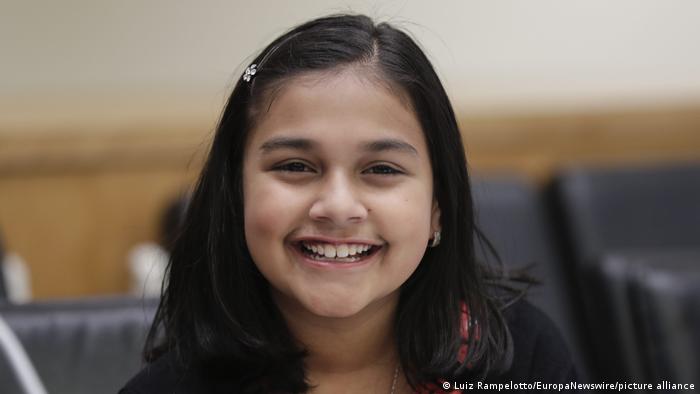 Time magazine has put the first ever "Kid of the Year" on its front cover, announcing 15-year-old Gitanjali Rao for the prestigious position.

The teenage scientist and inventor was chosen out of over 5,000 Americans aged 8 to 16. She was interviewed by actor and activist Angelina Jolie from her home in Denver, Colorado.

Rao's work includes a device for detecting lead in drinking water and an app and Chrome extension to detect cyberbullying.

A different type of scientist

"When I was in second or third grade, I started thinking about how can we use science and technology to create social change," said Rao, explaining the origins of her passion for scientific solutions to global problems. "I was like 10 when I told my parents that I wanted to research carbon nanotube sensor technology at the Denver Water quality research lab."

The Indian-American teen responded to a question from Jolie about the lack of women in science and tech fields, saying: "I don’t look like your typical scientist. Everything I see on TV is that it's an older, usually white man as a scientist. It's weird to me that it was almost like people had assigned roles, regarding like their gender, their age, the color of their skin."

"It's not easy when you don't see anyone else like you. So I really want to put out that message: If I can do it, you can do it, and anyone can do it," she added.

The announcement of Gitanjali Rao as "Kid of the Year" follows the naming of Greta Thunberg as the 2019 Person of the Year at age 16.