Gianni Infantino’s claims that FIFA’s days of corruption are behind them have been dealt a blow by criminal investigations against the governing body’s president. What does it all mean though? 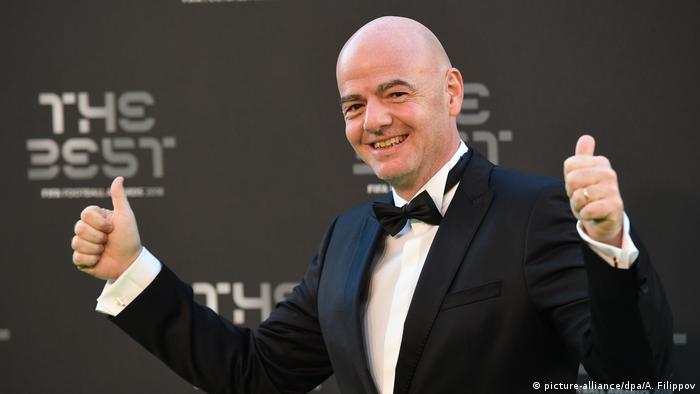 The criminal investigation by Swiss prosecutors into FIFA president Gianni Infantino is the latest example of football's world governing body being engulfed in claims of corruption.

Charges of "rampant, systemic, deep-rooted” corruption claimed the careers of several high-level officials in 2015, including former long-standing president Sepp Blatter. The man charged with restoring FIFA's reputation whilst investigations were ongoing in the US and Switzerland was Infantino.

However, the man elected at the 2016 FIFA Extraordinary Congress and re-elected in June 2019, now finds himself the subject of a criminal investigation being led by Swiss federal prosecutor, Stefan Keller.

Why is FIFA president Gianni Infantino being investigated?

Keller announced on Thursday that there were "indications of criminal conduct” in undocumented meetings between Infantino and Swiss Attorney General Michael Lauber, who will leave his post next month.

The three meetings, that are alleged to have taken place between 2015 and 2016, are significant as Lauber was, at the time, overseeing an investigation into the 2015 corruption scandal that led to criminal indictments against a number of FIFA officials.

Infantino insists those meetings were an above-board attempt to aid investigations.

"People remember well where FIFA was as an institution back in 2015, and how substantial judicial intervention was actually required to help restore the credibility of the organisation," Infantino said in an official statement released by FIFA. 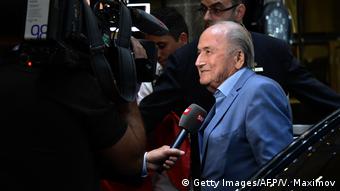 Infantino's predecessor Sepp Blatter was forced out of office

"As President of FIFA, it has been my aim from day one, and it remains my aim, to assist the authorities with investigating past wrongdoings at FIFA."

What is Infantino being accused of?

Infantino is being investigated on the grounds of "abuse of public office, breach of official secrecy, assisting offenders and incitement to break the law".

This is not the first time Infantino has faced accusations like these, which first broke in 2017 due to emails uncovered by Football Leaks which documented three meetings in the space of 15 months. Infantino and Lauber both claim they can't remember what took place during those encounters.

The latest probe is a result of anonymous criminal complaints that led to Keller being appointed as the federal prosecutor in July. Infantino has described the complaints as "quite absurd”.

Why does this matter?

FIFA are world football's governing body, in charge of huge sums of money and the most-watched sporting event on the globe, the World Cup. Its reputation was tarnished in 2015 amid money laundering claims and questions regarding the legitimacy of awarding the 2018 and 2022 World Cup to Russia and Qatar respectively.

Even though they brought in Infantino to clean up their act, they are still struggling to get out from under the cloud of corruption cast over them by the end of Blatter's reign.

Infantino is claiming to be the good guy by saying "there is nothing secret in meeting a prosecutor in a civilized country”, but the ongoing investigations are threatening to further discredit the transparency and trust in FIFA.

Why is Gianni Infantino still President of FIFA?

Because FIFA aren't run like a normal company or governing body. It took years of serious allegations relating to criminal schemes, bribes and kickbacks before Sepp Blatter was even suspended as the governing body's president.

Blatter claimed he could only be stripped of his title by a vote including all the member nations. Unprecedented times called for unprecedented measures though, and it was ultimately the FIFA ethics committee that banned Blatter from all football related activities for eight years.

While FIFA have released a statement of support for Infantino in the wake of the probe, there was no word as to whether action would be taken by the same committee this time around. Infantino, meanwhile, says he remains "fully supportive of the judicial process.”

While it has been noted that the pace of proceedings to bring charges against Infantino has been swifter than for his predecessor Blatter, it is unlikely that the case will go to criminal court or that there will be a conviction.

FIFA have insisted they are still willing to "fully cooperate” with the Swiss authorities on the matter, claiming that their cooperation in the past has led to "40 criminal convictions”. They will be hoping number 41 doesn't involve their reigning president.

Infantino's claims that FIFA's days of corruption are behind them have been undermined by Keller's criminal investigation against the FIFA president. The 2022 FIFA World Cup in Qatar is under no threat, but the waters at world football's governing body are as murky as ever.

Gianni Infantino: FIFA boss with a flair for opportunity 09.06.2022

He is the most powerful man in the world of soccer — and not without a fair share of critics. The Swiss was always on hand to capitalize when a door was opened. Nowadays, he opens the doors himself.