Ghosts of the past haunt Turkish-Armenian border | Europe| News and current affairs from around the continent | DW | 23.04.2015

Ghosts of the past haunt Turkish-Armenian border

The Turkish-Armenian border has been shut since 1993 despite thousands of years of shared history. Residents on both sides hope the countries can settle their differences. Jacob Resneck reports from the frontier. 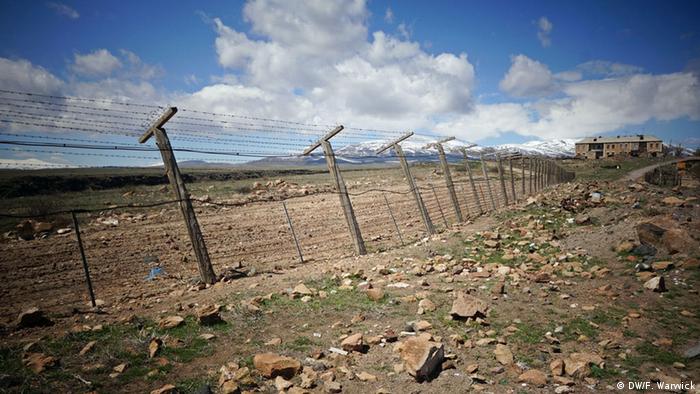 The residents of Yerazgavors in western Armenia can look across Lake Ahuryan (Arpacay) and see the minarets of Turkish mosques about two kilometers away.

The lake was created by a Turkish-Soviet dam project in the 1970s. Today relations are arguably tenser than during those Cold War years, with the border completely sealed and guarded by Russian and Turkish troops.

The Russian Federation has military garrisons in Armenia and guards its borders under an agreement that ensures a constant military presence through 2045.

"That border should be open, as neighbors there shouldn't be any barriers," said Artashes Mkhitaryan, the district mayor, as he stood in the town's dusty main square.

The only business in town is an airline ticket agent, presumably to facilitate villagers to find work abroad.

"The border's not open at the moment because we don't have diplomatic relations with Turkey," Mkhitaryan said.

There are many reasons for this, including the disputed narrative over the Armenian genocide when Ottoman Turks massacred as many as 1.5 million ethnic Armenians living in Anatolia in 1915.

Armenia will commemorate the 100th anniversary of the genocide on Friday even as the Turkish government continues to dispute that the mass killings were orchestrated by the state. 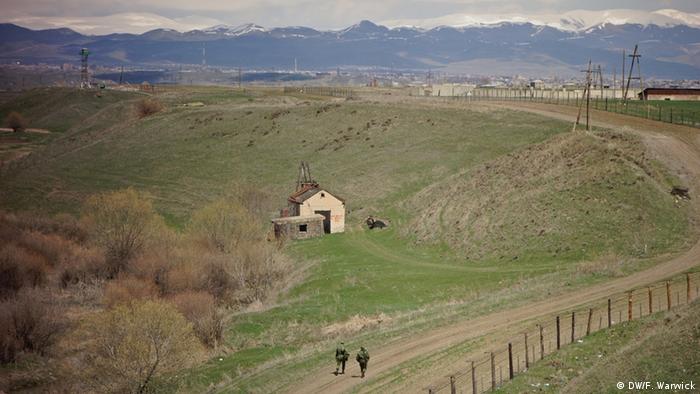 Turkey's leaders complain that the killings of Muslim villagers at the hands of Armenian nationalists in 1915 remains downplayed in discussion of events.

Officially, Turkey closed the border in response to Armenia's war and occupation of territory belonging to neighboring Azerbaijan, a close Turkish ally and supplier of natural gas and energy.

Despite efforts by international mediators in 2009 that resulted in a framework agreement signed by Yerevan and Ankara, the militarized border has remained firmly closed since 1993 with tensions running high on the eve of the genocide anniversary.

The Turkish border town of Akyaka may be 10 kilometers (six miles) away from Yerazgavors, but these days it's a 220-kilometer journey with a detour via Georgia.

Like its Armenian neighbor across the frontier the promise of investment dried up as soon as the border gates closed.

"A lot of businessmen, they came to this territory, they bought a lot of land, they were planning to build restaurants and hotels and businesses for border trading," said Celil Ersoglu, a tour guide from the provincial capital of Kars. "Then after closing the border everybody left and nothing happened, and the younger generation is now running away." 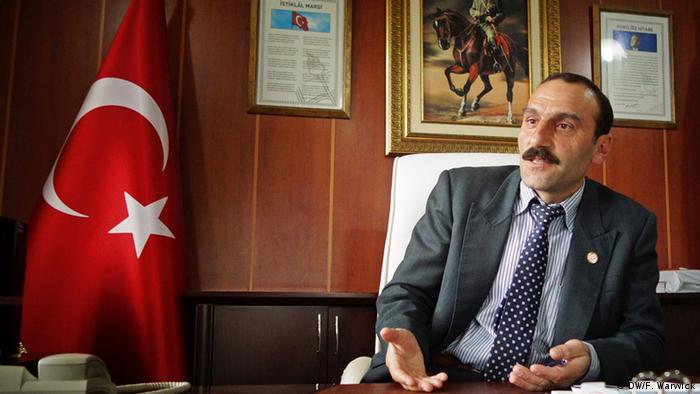 Akyaka's mayor Muhammet Toptas says an international rail line - constructed by imperial Russia in the 19th century - was ferrying products and people right up until 1993.

"At that time when it was open there was a train connection between both countries, and there was an exchange of goods," Toptas told DW. "But now there's less work, higher unemployment, and it's affecting both countries."

Both sides losing population to the big city

Border trade is booming between Georgia and Turkey but along the closed Armenian frontier, villages like Akyaka are having trouble holding onto their young people.

Of those who remain like 21-year-old Miray Karabag - whose family settled in Turkey to flee the fighting between Azerbaijan and Armenia - many say the international dispute is holding everyone back.

"I am a citizen of Azerbaijan, but we settled in Turkey because of the war," Karabag, who works in the village's bakery, told DW. "But during former times people lived close to each other; there was no discrimination between nationalities like there exists now. Turks and others were living in each other's lands." 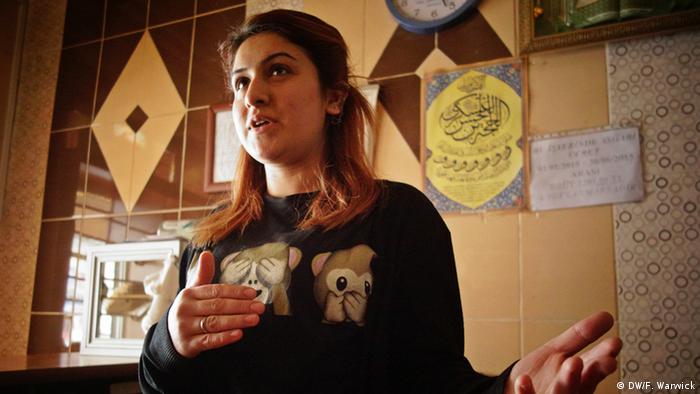 'If the gate were to open, the economy would go in the correct direction,' says Miray Karabag

In this border region people on both sides profess their wish for peace and friendship, even if they give very different accounts of what happened a century ago during the final bloody hours of the Ottoman Empire.

"Referring to what happened in 1915, according to what we know, there were really, I mean seriously, only massacres committed by Armenians against Muslims," said 40-year-old Akyaka restaurateur Cengiz Erben, who grew up on a small village on the border.

That's the narrative taught in Turkey's schools. Markers along the highway commemorate villages that were cleared by Armenian nationalists who - with Russian support - rose up against Ottoman rule in this region. 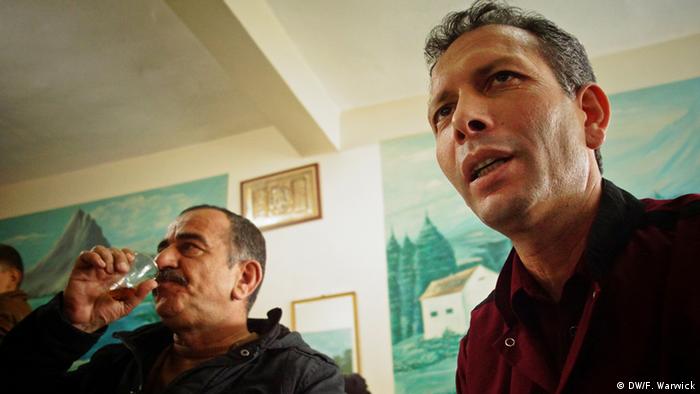 The region would be better off without the border problem, says restaurant-owner Cengiz Erben (right)

While this fact is not disputed, it's the absence of the Ottoman response - a systematic ethnic cleansing of Armenians throughout the empire - that is left out of the mainstream narrative and still a sticking point today as Turkish officials refuse to admit blame.

"First, this genocide, or whatever, we didn't commit," says Toptas, the Turkish mayor. "Second, we haven't had any problems with our neighbors since the gate was closed. Everything will be good once we find an agreement, and we will live in peace and harmony."

His Armenian counterpart across the frontier says he hopes that the disputed genocide issue will at least shine light on the two country's poor relations and help bring about change.

"With this 100th anniversary of the Armenian genocide, let's hope that the whole world will pay attention to our relationship with Turkey," Mkhitaryan said. "How things will turn out - we shall see."

Turkey's prime minister has said the government "shares the pain" of descendants of Ottoman Armenians killed in 1915. Germany, meanwhile, looks set to follow the pope and others in calling the killings "genocide." (20.04.2015)

Turkey's president has condemned the pope for using the word "genocide" to describe the killing of an estimated 1.5 million Armenians by Ottoman Turks in 1915. Turkey insists the deaths resulted from wartime unrest. (14.04.2015)