A blanket ban. That's what awaited men hoping to attend a Women in Tech Day event at Gamescom 2016. It was to be a "safe space" for women in the industry. But the men there may have learnt a thing or two as well. 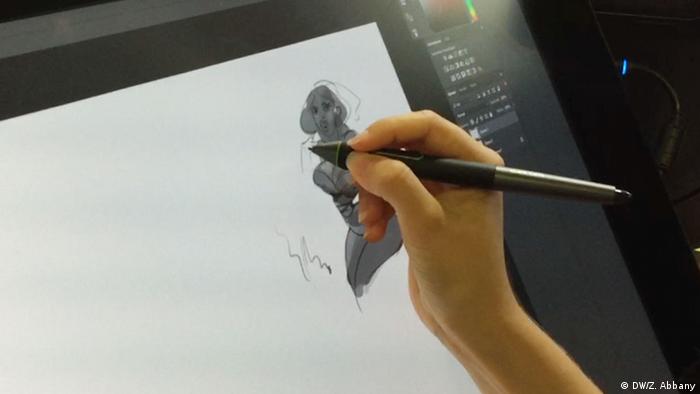 Sometimes it's tough being a man. We - the unfairer sex - can be excluded too. On Wednesday, men were banned from attending a Women in Tech Day at Gamescom, a trade fair for video games in Cologne, Germany. And for a while there I almost understood why. But now I'm not so sure. I, for one, could have learnt a lot - if I'd been permitted to stay.

Gamescom's Women in Tech Day is in its second year. The idea is to offer inspiring stories for women in the technology industries. There are speeches, presentations, workshops, and a chance to meet a few "powerful" people.

"This is about supporting each other," says Meggan Scavio, director of the Game Developers Conference and organizer of the Women in Tech Day at Gamescom. "It's about recognizing that not only do we still need men to support each other but we also need to support each other, because there are a lot of powerful women in this room who need to be there as mentors to the younger generations."

But men were not invited to take part in Wednesday's conversation.

"I just want a safe environment where women can speak freely and openly and celebrate themselves and what they do for a living."

It's People in Tech, stupid!

Ask any high-profile woman in science or technology and they will likely tell you their sex is irrelevant. And I have no arguments there. The European astronaut Samantha Cristoforetti says it, the microbiologist, geneticist and biochemist Emmanuelle Charpientier says it, and so too does Nobel Laureate Ada Yonath. 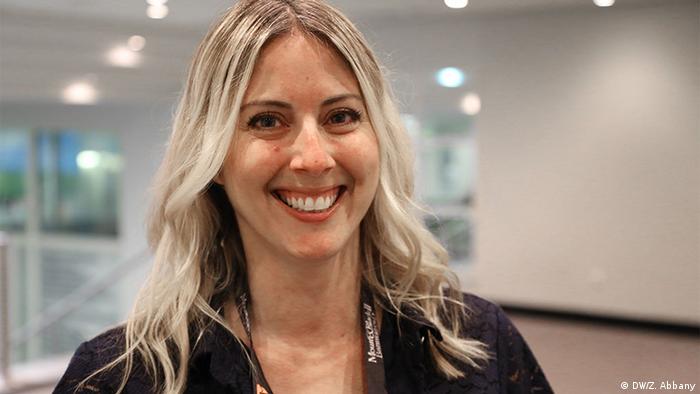 Women in the games industry are no different. Which is one reason why phrases such as "Women in Tech" and "Women in Science" - as useful as they are as hashtags - are troubling. If the idea is to view women, as well as men, in any field, simply as people who get their jobs based purely on competence, then labels like Women in Tech can be self-defeating.

"We are first scientists and engineers and game developers," says Katie Stone Perez, a senior program manager at Microsoft and producer on Xbox. "But there is a human part of us that does make us a woman and because of that we can have unique experiences."

No arguments there either. We are all somewhat different. And the games industry knows it needs a more diverse workforce.

"We don't have an equal playing field in the industry yet, we don't see an equal representation," says Perez. "Once we have complete equality in the industry, then we may not need to have these events."

"If we don't have people who represent all these different ways of life, that's how you get technology products, as we have seen in the past, which are completely absent of features that would support women's lives. And it's not just gender, it's culture, nationality, life experience, different family situations - all of those things make us uniquely human and give us different perspectives," Perez continues. 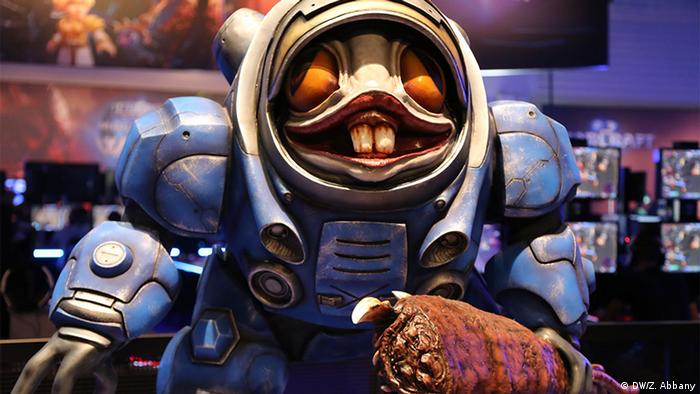 Would it make it better if all stereotypes were fictional?

That's not all. There are "minorities within the minorities."

"We have to try to reach everyone, and that's my job here," says Scavio. "To reach as many people as possible and not just white women."

You would be surprised, though, how many men still believe these perspectives don't concern them. But we need men to engage with this issue, which, like it or not, concerns us all as people in societies. So why would you shut men out as a principle?

"There's a risk of ghettoising if all you do is focus on the stereotypes - for instance, if you talk too much about why women don't make it to the top," says Sabine Hansen, a tech industry business consultant and director at Kienbaum. "It's more important that we talk about digitalization as a whole, what it does for us, that it open doors - maybe even backdoors - the same as 'disruptive technology.' And competence is more and more important. So it's okay to keep the focus on women as long as we remind ourselves not to fall back on stereotypes."

Indeed. And what about men and their stereotypes?

There are armies of young men who wouldn't spot an unconscious bias if it flew right up their Oculus Rift, and men and women who would happily live life as one big gaming costume drama. Not to mention sexual harassment in an industry often described as dominated by white men.

'Video games can change the world'

For Katie Perez, whose background is in child psychology, the conversation needs to start early - teaching kids about inclusion and empathy in pre-schools. 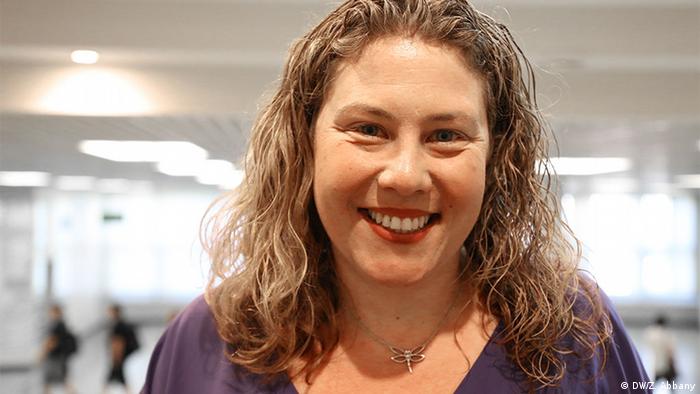 Perez: It doesn't matter that they're women, they are people. It's about helping individuals.

Perez wouldn't comment on whether it was right to exclude men from the Women in Tech Day, but she did say "it's a conversation boys as well as girls need to be taught."

"And video games can do that," says Perez. "We can start to change the world by using video games to teach empathy and expose people to other thoughts and normalize those experiences."

DW: It strikes me as rather sad, though, that we need video games to teach each other empathy.

Perez: "We always need video games… We can never have too much empathy."

DW: Yes, but why can't it be done through human experience?

"It should be human experience and as parents we should talk about those things and yet it's not something that happens in a lot of parenting conversations," says Perez. "We're not talking about our emotions."

My human experience on Wednesday was limited to these three conversations before the Women in Tech Day started. Let's hope it was good, because I'm holding Scavio to her word. First, she says she wants women to feel comfortable "and then eventually we'll starting opening it up to more people."

Gamescom: billions of dollars in play

Virtual reality is set to launch the massive computer game industry into the next dimension. But some companies just hope it will keep them in business. DW previews the world's biggest video game trade fair. (16.08.2016)

De Winne: 'We are looking for a lot of women' astronauts

NASA astronaut Kate Rubins just left for the International Space Station. DW asked former ISS commander Frank De Winne how to get more women like her into space and into leadership positions. (07.07.2016)