De Winne: 'We are looking for a lot of women' astronauts

NASA astronaut Kate Rubins just left for the International Space Station. DW asked former ISS commander Frank De Winne how to get more women like her into space and into leadership positions. 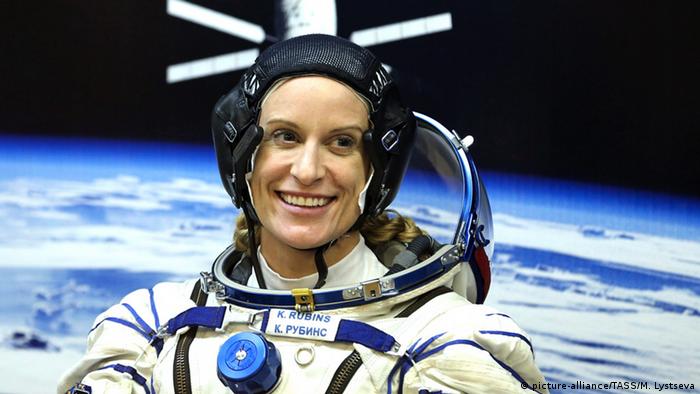 Deutsche Welle: Mr. De Winne, you've been a commander on the International Space Station. What did it take to get you there?

Frank De Winne: Well, first you need to be a well trained astronaut, you need to have some flight experience behind you. I had my first flight in 2002 and I had a lot of training here at the European Astronaut Center - I think that's an important aspect. 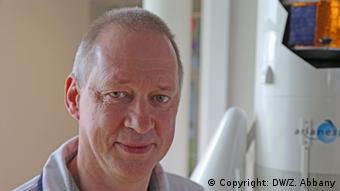 Is it really a case of luck?

It is really luck, because you can be assigned to an expedition, where it is decided that the Russians will have the command, and then it's not even there for us to get. So this is a balance that is sought between the Americans, Canadians, Japanese, Europeans and Russians, and we share the commandership 50-50. So you need a bit of luck.

So you could have the situation where a commander who has been a commander a number of times, becomes a "normal" crew member on a future mission, despite their experience?

Yes, we could have that, and it would not be the first time. But this former commander can be a mentor for the new commander. We want to share as much as possible the experience and the knowledge we gain through our missions. We cannot invest everything in one single person. We do this as a community. We do this for the future of humanity. We don't do this for individuals.

The community also involves women. And we have Peggy Whitson, who was commander on mission 16 and will lead again on Expedition 50/51. But she is one of only two female commanders so far, the other being Sunita Williams. What about young women astronauts, such as Italy's Samantha Cristoforetti or the young American Kate Rubins? Are we seeing more women like them coming through the ranks?

Absolutely. There is no reason why women cannot be as good as commanders as men in the space business and on the ISS. There is no reason whatsoever. The only thing is that in the past, unfortunately, we haven't had that many women joining the selection process. We don't have many women in the corps, and so we also have less women commanding the ISS. But I'm sure in the future this balance will be corrected.

But there are loads of women in the sciences. Why aren't they dreaming of becoming astronauts and commanding the ISS?

This is something we certainly need to work on with the international community and also within the European Space Agency (ESA), to attract more women to apply as astronauts. If you look at the selection process for the "Class of 2009," the year Tim Peake was selected [and Samantha Cristoforetti and German astronaut Alexander Gerst], initially we had between 15-20 percent of female applicants. And through the entire process, this 15-20 percent stayed the same, because we made our selections based on quality, and medical fitness, which is the same for men and women, and in the end we had one woman, Samantha, out of the six successful candidates, which is still 18 percent. So, again, this did not change over the entire selection. The real key is: how can we attract more women to be part of the initial selection?

And how can you do that?

By advertising it. By telling women it's a job for them, that it's an interesting role. By showing that it can be combined with family life, as Tim is doing as a father. By having role models, such as Peggy Whitson. And by making it clear when we do the next astronaut selection in Europe - though I don't know when it will be - that we are looking for a lot of women. 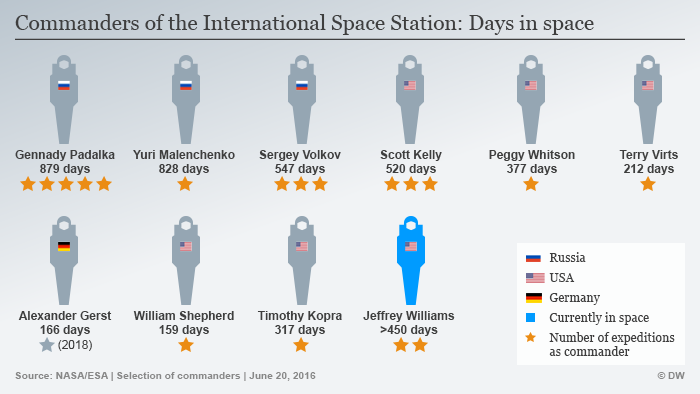 So what are the main criteria for an ISS commander as opposed to a crew member? Is there an official list of criteria?

There is no official list. But there is what we call the Multilateral Crew Operations Panel (MCOP). It is a panel of experts, and I represent ESA on it. The panel looks at all the candidates and their qualities. We look for people with previous flight experience, people who have performed very well on their missions, who have good leadership and communication skills, and who are good followers, because you also need to show empathy to your crew mates, and those who are real team players.

How important are "days spent in space"? Tim Kopra didn't have that many days in space before he became commander on Expedition 47.

It's not so much days in space. When I became ISS commander I only had 10 days experience in space - I had had one space flight. But it's what you do on that space flight. You can have a short space flight, but be very proficient, very helpful, be a good communicator and operate very well. Or you can have a longer space flight and be less successful. So it's really your level of success while in space. And not only in operating the payloads, because pushing buttons and following procedures, anyone can do that. But how do you function as a team member? This is the key factor.

Frank De Winne has been the head of the European Astronaut Center since 2012. His first spaceflight was in 2002, a support mission to the International Space Station, during which he also conducted experiments in life and physical sciences. He then spent May to December 2009 at the ISS, first as crew member and then as commander.