The 73-year-old died after a short illness, according to Ghanaian media. He served as president of the country for roughly two decades up to 2001. 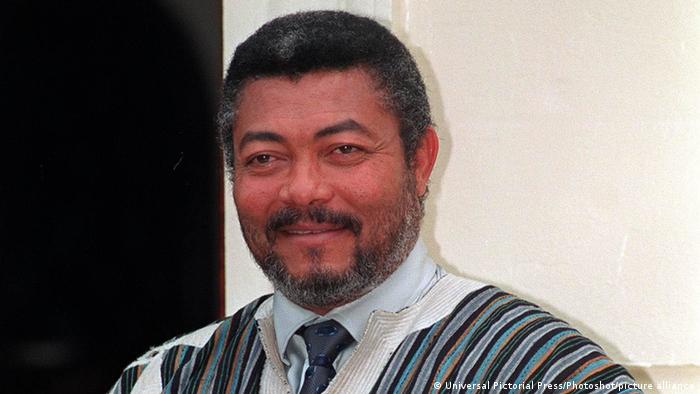 The former president of Ghana, Jerry John Rawlings, has died at the age of 73, the National Democratic Congress party said on Thursday.

John Mahama, Ghana's president from 2012 to 2017, who is seeking a return to power in next month's elections, wrote on Twitter that he was suspending his campaign "following news of the passing of our Founder and former President of Ghana, Jerry John Rawlings."

Rawlings, who seized power twice via military coups, was admitted to the Korle Bu Teaching Hospital in Ghana's capital, Accra, last week after suffering from a brief illness, state-owned newspaper Daily Graphic reported on its website.

Rawlings was born in Accra in June 1947, to a Ghanaian mother and a Scottish father.

He came to global prominence in 1979 when, as an army lieutenant, he ousted General Frederick Akuffo as president.

From 1981 to 1993, Rawlings ruled as chairman of a joint military-civilian government. In 1992 he was elected president under a new constitution, fully assuming the role the following year.

Despite the military takeovers, Rawlings oversaw Ghana's transition to multi-party democracy and is often viewed as the man behind one of Africa's most democratic nations.

He served two terms before being succeeded by John Kufour in 2001.

West African leaders are racing to resolve the political crisis in Mali, urging opposition groups to support the new unity government, while warning of consequences for those who stand in the way of a resolution.