Germany and Ghana are to work together on issues including economic cooperation and migration. President Nana Akufo-Addo will also back Germany's bid for a permanent place on the UN Security Council. 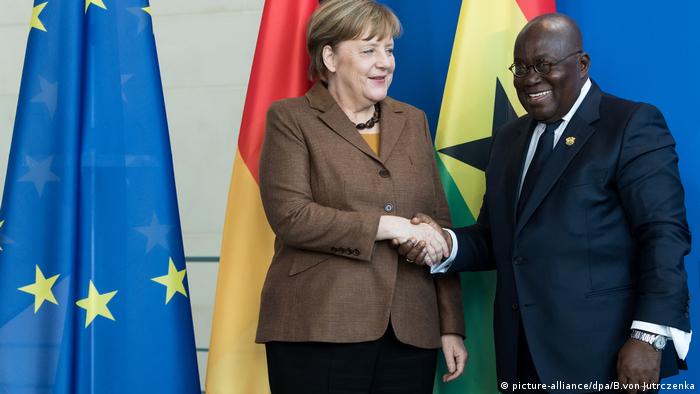 Calling for reform of the UN Security Council, Akufo Addo said he supported Germany's claim for a permanent seat, after meeting Chancellor Angela Merkel in Berlin on Wednesday.

The UN's top council for international peace and security has retained the same form it had after World War Two and does not reflect today's reality, Akufo Addo said at a joint press conference with Merkel.

"Of course a country like Germany should definitely find its way on to the Council," the president remarked, adding there should also be a place for at least one African country.

Together with India, Japan and Brazil, Germany has been calling for reform of the council which will hold elections this year for non-permanent seats in 2019 and 2020. Germany last held a Security Council seat from 2011 to 2012.

Germany is the third largest contributor to UN regular budgets after Japan and the United Statesand has long argued for a permanent Security Council seat.

Merkel said the federal government would back an application from Ghana for one of the non-permanent seats. 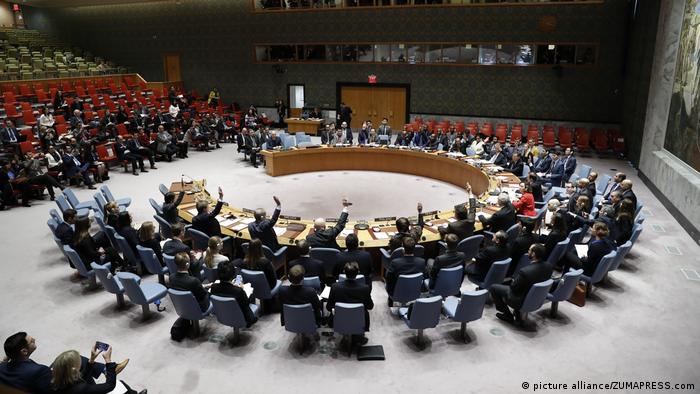 The UN Charter of 1945 granted permanent Security Council seats to China, France, Russia, the US and Britain

Merkel said the two countries would work together to develop a way for Ghanaians who were not entitled to asylum in Germany to return to their homeland and also to develop economic opportunities in the West African state.

"We must combat illegal migration, but on the other hand, we must open up legal opportunities, especially for young people," Merkel said.

Up to 50,000 people of Ghanaian origin are believed to be living in Germany; the second largest of the country's diaspora populations in Europe, after the UK. The Volta Region of Ghana was part of the German colony of Togo before World War One.

German and Ghanaian authorities opened a migration center in Accra last December in an effort to facilitate legal migration for study and training in Germany.

In Germany, about 4,000 Ghanaians whose applications for asylum have been rejected have been given formal notice to leave the country. Efforts are being made to help those people resettle in Ghana.

Akufo-Addo said while Ghana wanted to assist in the repatriations, "we have to be absolutely sure" they really were nationals of Ghana. "We will try to work out a mechanism that answers both your concerns and ours," he told Merkel.

Ghana is part of the G20 "Compact with Africa" initiative for investment in African countries. Akufo-Addo said his government aimed to avoid dependence on foreign aid.

"The era of development aid was not so helpful for the development of our country," he said. Trade and investment were preferable.

In December, Berlin announced a further €100 million ($122 million) in funding for Ghana and earlier this week, the German Chamber of Commerce and Industry called for more federal government support for business with Africa.

Merkel offered Ghana Germany's help in finding investors, so long as the country created the necessary conditions for it.

Since coming to power in January 2017, the former Ghanaian attorney general and foreign minister has been trying to focus on economic development and education. This month, Akufo-Addo's government announced tighter controls on gold exports. Last year, the president said about $5 billion worth of revenues from gold exports to the United Arab Emirates were unaccounted for. A third of Ghana's gold comes from small-scale mines

"We have now begun conversations about the process of making sure every single bar of gold leaving our shores is properly weighed, tested, valued and accounted for," Vice-President Mahamudu Bawumia said. Ghana is Africa's second-largest gold miner after South Africa and earned $5.78 billion from exports in 2017.

Will Ghana lead Anglophone West Africa to a single currency?

What's behind the new push to introduce a West African single currency, the Eco? A statement by Ghana's finance minister indicates Accra may be making one last attempt to realise this elusive goal. (21.02.2018)