Women's shelters in Germany fear a court ruling to grant unwed fathers custody will put abused women in greater danger. Others hailed the Federal Constitutional Court's decision as a victory for single fathers. 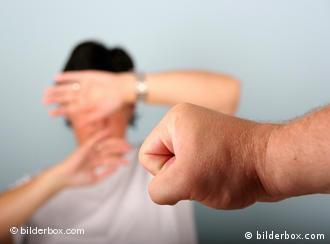 Around 40,000 women and children flee to shelters yearly

Until now, the fathers of children born out of wedlock in Germany had no legally guaranteed custody rights. Mothers had the right to withhold joint custody, leaving the father to sue the mother for visitation rights.

But Edith Schwab, head of Germany's Association of Single Mothers and Fathers, says the Federal Constitutional Court's decision last week to grant custody rights to unwed fathers is bad news for single mothers, who themselves will now have to fight to keep unfit fathers from raising their children. 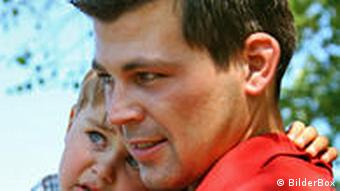 "Mothers who refuse to share custody have very, very good reasons for their decision - meaning that the potential for conflict between the parents is so great that the mother has rightly chosen to deny joint custody," she said.

Worse yet - according to Heike Herold, who works with an organization that coordinates women's shelters across Germany - in abuse scenarios, increasing fathers' rights can undermine the safety of mother and child.

"It becomes problematic when there's domestic violence, but also when you think of cases in which children are conceived by rape," Herold told Deutsche Welle. "When you think of the legislature automatically giving these fathers custody, it becomes quite critical."

A victory for single fathers

On August 3, Germany's Constitutional Court ruled that "the current legal situation excessively encroached on paternity rights for fathers of children born out of wedlock, because they could only take part in raising the child with the mother's consent," according to spokeswoman Judith Blohm. 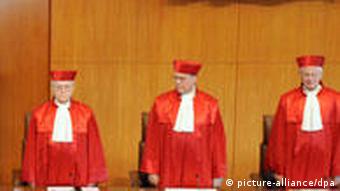 Blohm said that until now "the fathers also didn't have the right to have a court determine what arrangement was in the best interest of the child."

The case for increased rights was mounted by a father who had no way to prevent the mother of his child from moving to another city and taking the child with her. The decision, which is expected to be drafted into law when the legislature returns from its summer break, was heralded as a victory for fathers' rights.

Thorsten Nitz, an underground train driver, was one of the many fathers across Germany who welcomed the decision. Nitz, who has been denied custody of his children since splitting up with his former partner, said he was "relieved when the ruling came," adding, "It's been overdue for years."

Herold sees the flipside to this new right. Although she welcomes increased paternity rights in principle, she feels there needs to be a system in place to review fathers' suitability before granting them joint custody.

The decision makes it much more difficult for unmarried women to cut off ties with abusive partners, Herold said, adding that unmarried women who left abusive relationships "didn't have the problem that their partner, as the biological father of the child, necessarily had access to the child as part of his visitation and custody rights." 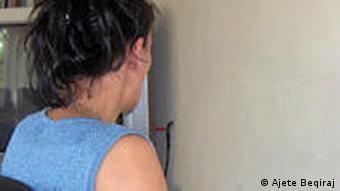 Under the new law, she says, a victim of abuse will "potentially have to mount a court case to protect herself and her children."

"Giving the father custody rights also means that the mother cannot decide alone to move to another city or switch her child's school," Herold added.

Tracking down mothers through their children

As it is, she said, visitation rights alone often give abusive fathers the opportunity to track down their child's mother, forcing abused mothers to flee from one halfway home to the next.

Herold added that, in cases of children born within wedlock, German courts already assume that contact to the father is nearly always in the child's best interest. She worries that more children will now have to live with abusive fathers.

"We know from experience that many family courts operate on the premise that joint custody is the new way of doing things. They ask the parents to ‘please settle their disputes in the interest of the child' - but that doesn't work when one side uses violence against the other," she said.

According to Herold's shelter coordination network, some 20,000 abused women seek shelter in halfway houses every year in Germany - with another 20,000 children accompanying them. Germany's federal family ministry estimates that a quarter of the country's female population will be physically abused by a sexual partner.

The German constitutional court decided on Tuesday to give unmarried fathers the right to sue for joint custody of their children. The new ruling brings Germany in line with the European Court of Human Rights. (03.08.2010)

The EU has brought free movement of goods, services and relationships across borders. But when those international couples divorce, those borders can make it even more complicated. Some EU nations want to change that. (25.03.2010)

Germany says it will improve rights for single dads

The German government has said it will make changes to its custody laws after the European Court of Human Rights upheld an unmarried German father's right to joint custody of his daughter. (04.12.2009)