In a blow to Berlin's efforts to boost anti-terrorism measures, Germany's highest court on Wednesday, March 19 blocked parts of a sweeping data-collection law that had prompted large protests by civil liberties 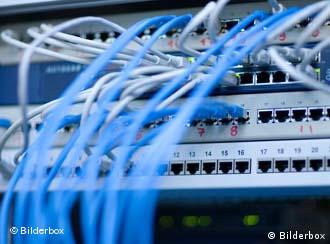 Germany's constitutional court on Wednesday severely curbed parts of a wide-reaching and highly controversial data collection law that requires telecom companies to store telephone and Internet data for up to six months, dealing a setback to government efforts to fight terrorism.

The law which went into effect in January gave the federal government broad access to data including e-mail addresses, length of call and numbers dialed and in the case of mobile phones, the location calls are made from.

The court in Karlsruhe on Wednesday declared that parts of the law were unconstitutional pending review. It ruled that the data may continue to be stored by telecom companies but that details may only be transferred to investigators in the event of inquires into serious crime and only with a warrant. In cases of less serious crime, investigating authorities may only access the data subject to a final decision by the top court, judges said.

The legislation is part of an EU directive formulated in response to bomb attacks in Madrid and London in past years. 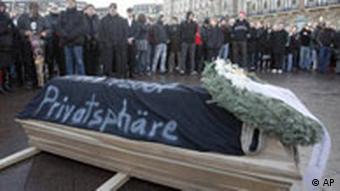 It has sparked large protests by German civil liberties campaigners, privacy advocates and opposition politicians in recent months who argue it would make huge amounts of personal data vulnerable to misuse and place everybody under general suspicion of being a terrorist.

Critics are also concerned that the data may be handed over to foreign intelligence agencies and could be used by entertainment companies to pursue and prosecute people who illegally download music and videos.

On Dec 31, over 30,000 opponents of the law filed a class-action suit, the biggest of its kind in Germany, against the bill.

"A serious blow to the government"

Wednesday's decision was the latest in a series of rulings against tighter security measures by Chancellor Angela Merkel's government.

The decision was hailed by opposition politicians and privacy advocates.

"The grand coalition should finally draw the lesson of these verdicts and stop crossing the limits of constitutionality on citizen rights," said Claudia Roth of the opposition Greens party.

"This is a serious blow to the federal justice ministry which until recently has been trying to play down the violation of basic rights of citizens by the data collection bill," said Joerg van Essen from the opposition free-market liberal Free Democratic Party (FDP).

Individual privacy is under siege as governments worldwide introduce ever-increasing surveillance measures, according to a global privacy index in which Germany slipped from number one to seventh spot in Europe. (07.01.2008)

More than 30,000 Germans have filed a mass lawsuit, marked by protests, against a controversial law that allows the storing of telephone and Internet data for up to six months as part of efforts to combat terrorism. (31.12.2007)

Do you agree that the German data storage law infringes privacy rights? Please include your name and country in your reply.