Individual privacy is under siege as governments worldwide introduce ever-increasing surveillance measures, according to a global privacy index in which Germany slipped from number one to seventh spot in Europe. 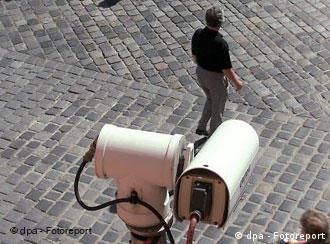 From a German perspective, the report contained sobering news. The 2006 leader slipped significantly in the 2007 rankings, dropping from first to seventh place behind Portugal and Slovenia.

"The general trend is that privacy is being extinguished in country after country," said Simon Davies, director of the group. "Even those countries where we expected ongoing strong privacy protection, like Germany and Canada, are sinking into the mire."

All citizens under suspicion

According to Privacy International, Germany's slide reflects a trend currently underway in all democratic societies.

Concern over immigration and border control has moved countries to swiftly implement database, identity and fingerprinting systems often without regard to the privacy implications for their own citizens, the study said. The trend leads to the conclusion that all citizens, regardless of legal status, are under suspicion, it said. 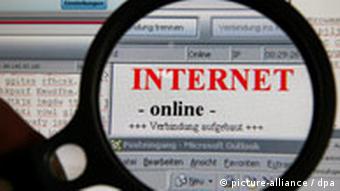 Overzealous monitoring places all citizens under suspicion, the study said

Although privacy was improving in the former communist states of Eastern Europe, it is worsening across Western Europe, the report said.

The survey considered such factors as legal protections, enforcement, data-sharing, the use of biometrics and prevalence of closed-circuit cameras.

Though Germany has one of the strongest sets of privacy laws in the world, the survey said, the country at the same time features one of the highest rates of monitoring telecommunications in Europe.

Germany's implementation of an EU data retention directive, which went into effect this year, came in for particular criticism. The controversial legislation calls on phone companies and Internet providers to store data for up to six months and allows police to access the information with a judicial warrant. The law also permits telephone wiretapping in certain cases.

The survey noted that the legislation had been passed despite strong objections. This week, however, over 30,000 Germans including privacy activists, civil rights groups filed a historic mass lawsuit against the controversial law. Protests were held in two German cities. Activists also seek to overturn the March 2006 European Union data-retention directive that required Germany to pass the legislation. 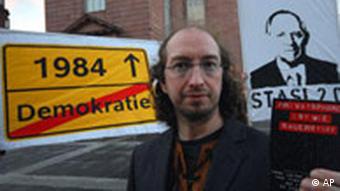 The authors of the study also hit out at the fact that fingerprints had been added to Germany's biometric passports starting in November 2007, video surveillance had been expanded despite protests and there was no legal protection for privacy at the workplace despite demands for it.

The storing of telecommunications data and ever increasing demands by some German politicians to expand security measures were also singled out for criticism. Germany's role in initiating and approving the Prüm agreement, which facilitates cross-border criminal investigations among seven European countries, also got the thumbs-down.

Best and the worst

Greece, Romania and Canada had the best records of 47 countries Privacy International surveyed. Malaysia, Russia and China ranked worst, but Great Britain and the United States also fell into the lowest-performing group of "endemic surveillance societies."

More than 30,000 Germans have filed a mass lawsuit, marked by protests, against a controversial law that allows the storing of telephone and Internet data for up to six months as part of efforts to combat terrorism. (31.12.2007)

The German parliament has given the go ahead to a law that will allow telephone and Internet data to be stored for up to six months despite fierce criticism from the opposition and privacy advocates. (09.11.2007)

What do you think of the results of the survey? Please include your name and country in your reply.