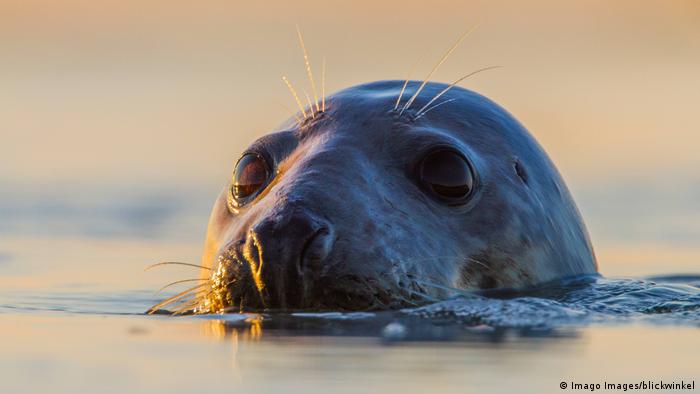 Gray seals in northern Germany have enjoyed a population boost, perhaps thanks to a lack of tourists this spring, a new report published on Friday showed.

In total, 7,649 seals were counted during spring on the Wadden Sea, an increase of 17% from the previous year, according to a report by the Common Wadden Sea Secretariat (CWSS).

Many beaches in Germany and the Netherlands were off-limits from March to May as part of restrictions on public life put in place to slow the spread of coronavirus. The North Sea coast is a popular holiday destination for Germans and foreign tourists.

The report also showed that numbers have grown on average 9% since researchers began recording data in 2008. Experts say that seals may have benefited from a reduction of disturbances, especially at beaches.

The Wadden Sea is a coastal system that stretches along the German coast from the Netherlands to Denmark. The report also covered gray seal populations on Heligoland, an archipelago in the North Sea which belongs to Germany.

"At the moment, we cannot say for certain that reduced human activities of the past months, for example the lack of tourists at the beaches, are responsible for the survey results," said Sascha Klöpper, Deputy Executive Secretary of the CWSS.

"To determine whether the pandemic-related restrictions could have had such an effect, the expert group needs to do more in-depth research. The assumption will be considered among other explanations," he added.

The largest number of gray seals were counted in the Netherlands, followed by the German states of Lower Saxony and Hamburg as well as the island of Heligoland, which is in the German state of Schleswig-Holstein. A small amount were also observed in Denmark.

Numbers appear to have tripled since 2008, when environmentalists began counting seals.

Some 1,726 pups were born in winter 2019-2020, before COVID-19 restrictions were put in place, which was only an increase of 2% from the previous years. Newborn seals are monitored when they are born in winter months.

Gray seals are the largest predators in the Wadden Sea, which is one of Europe's most biodiverse ecosystems. The species went extinct in the region centuries ago after excessive hunting, but have recolonized the Wadden Sea in the second half of the twentieth century, coming from UK waters. Gray seals are still known to travel between the Wadden Sea and the UK.

Whether hiking on the mudflats of the North Sea coast or horse riding in the Lüneburger Heide heath — Lower Saxony's landscape is diverse.