Germany's Oktoberfest kicks off in Munich

Golden days have come again in Germany for keen beer-drinkers and sausage-eaters: the 182nd Oktoberfest has begun in Munich after the tapping of the first keg. The festival is expected to draw 6 million visitors. 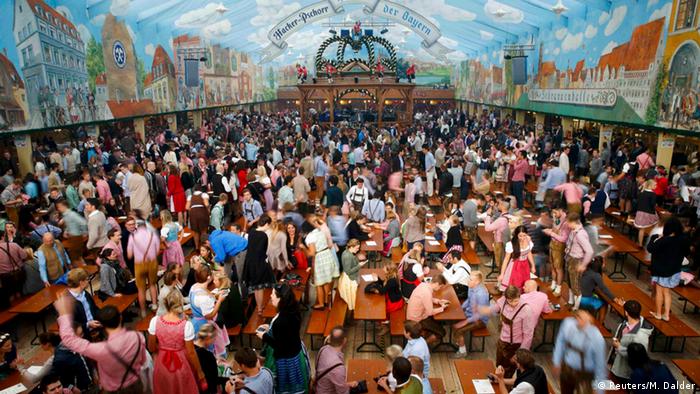 Munich Mayor Dieter Reiter on Saturday opened the 16-day festival in the Bavarian capital, tapping the first keg with just two blows of his large mallet in comparison with the four he needed at his first-ever attempt last year.

He then spoke the traditional phrase "O'zapft is!" ("It's tapped!") to declare the largest public festival in the world open.

The Bavarian premier Horst Seehofer was the recipient of the first liter (2.11 US pint) jug; by downing it, he gave the signal for beer to begin flowing in the tents already filled with visitors, some of whom had begun queuing before dawn. 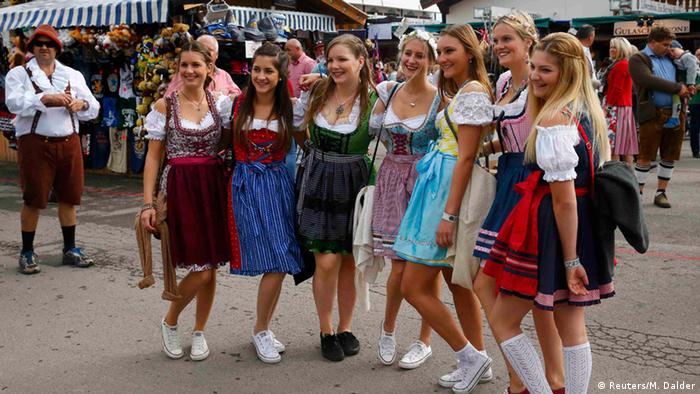 Traditional Bavarian dress is often seen at the Oktoberfest

The number of strokes needed by the mayor to open the keg is usually the subject of betting for weeks before the festival begins.

Some 6 million visitors are expected to attend the festival on Munich's "Wiesn" (meadows) - as the venue is known - before it closes on 4 October.

A liter of beer, which is the traditional measure at the event, will cost them more than 10 euros ($11.31), but the price is unlikely to put a brake on the high consumption of the yellow liquid that is expected from guests.

The festival is taking place this year as thousands of refugees arrive at the city's railway station amid Europe's biggest migrant influx since the Second World War. Munich authorities say that this is unlikely to affect the running of the festival.

Many dream of once going to the Oktoberfest in Munich. The following indicators let you know, undeniably, that you are actually there and not just dreaming of it. (18.09.2015)