Migrants should be taught that Germany has "zero tolerance" for violence and sexual abuse, migration commissioner Annette Widmann-Mauz has said. Previously, police arrested seven Syrians on suspicion of rape in Freiburg. 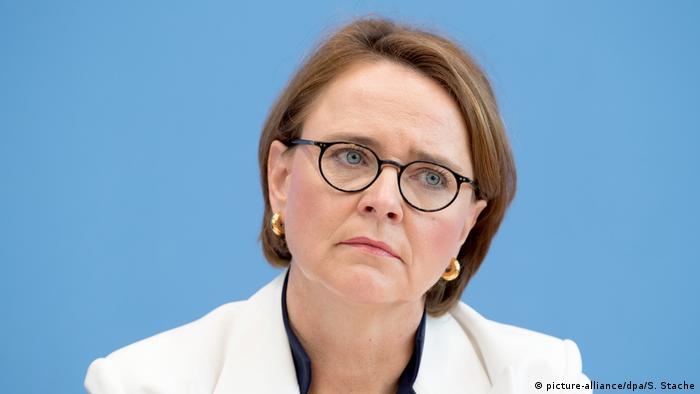 The alleged rape of a teenager in Freiburg is a "despicable" crime, Germany's migration commissioner Annette Widmann-Mauz said on Thursday, a week after seven asylum-seekers and one German citizen were arrested on suspicion of drugging and raping the 18-year-old girl.

"The perpetrators must be brought before court and severely punished," Widmann-Mauz told the German RND company, which provides content to a series of local and national newspapers. "Those who come to our country and commit such acts need to be expelled."

German politicians have been facing tough questions about migrants' attitudes towards women and sexual violence since mass sexual assaults in Cologne during the New Year celebration some three years ago.

On Thursday, Widmann-Mauz said the state was educating male mentors to combat the problem.

"Men who have been living here for a long time need to talk clearly about sexuality and equal rights in Germany to men who have just arrived — if necessary in their native language," she said.

"All asylum-seekers need to get orientation courses about living together in Germany as soon as they arrive to their first accommodation center, and that also includes that there is zero tolerance for sexual abuse and other violent acts," she said.

In 2015, over 1.1 million migrants entered Germany, most of them coming from the Middle East and North Africa. While the number of new entries has since dropped, the government's handling of the crisis has fueled the rise of far-right elements, including the populist AfD party.