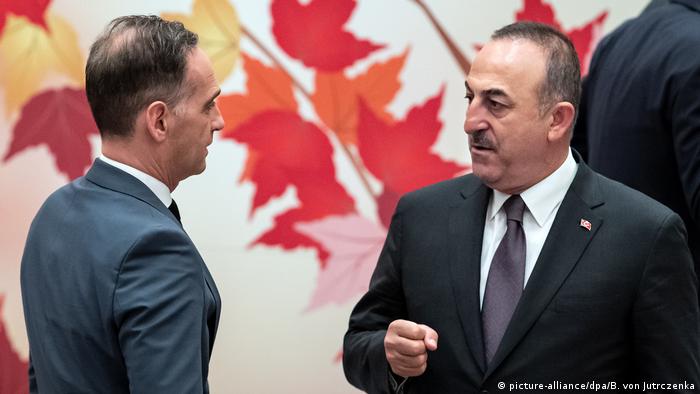 German Foreign Minister Heiko Maas told his Turkish counterpart, Mevlut Cavusoglu, that Germany regarded the German-commissioned lawyer's arrest as incomprehensible and that Berlin had "no understanding for it."

Dialogue, however, must be maintained between Berlin and Ankara despite difficulties, Maas said.

Lawyer Yilmaz S. was arrested in mid-September, prompting fears that he held sensitive data on Turks exiled in Germany since Turkey's failed 2016 coup. He is being held in Ankara's Sincan prison.

The lawyer had been commissioned by German authorities to identify the grounds for Turkey's pursuit of exiles, even to the extent of viewing files of Turkish prosecutors.

Some 200 asylum-seekers have reportedly been warned by Germany's Office for Migration and Refugees (BAMF) that the data could lead to probes by Turkey's national intelligence agency (MIT).

Turkish refugees in Germany, including thousands who fled following the attempted coup, have long complained of being spied upon and pursued from Turkey.

Ankara, in turn, suspects asylum-seekers of having had links to the Gulen movement it says was behind the coup.

Turkey has also called for the extradition from Germany of dozens of people, including suspected coup leaders, exiled Turkish NATO officers and alleged members of the outlawed Kurdistan Workers' Party (PKK).

While Turkey accused the lawyer at the German Embassy of "espionage," the German Foreign Ministry declared his work a typical Europe-wide procedure and "legitimate assistance."

Reports have, however, questioned whether the lawyer — under Turkish law but commissioned by a foreign power — was entitled to inspect prosecutors' files.

BAMF head Hans-Eckhard Sommer on Saturday told the Funke Media group of newspapers that Turkey had proven to be a "reliable partner" in its deal with the EU to shelter Syrian refugees, prompted by the 2015-2016 refugee crisis.

"That the lawyer has been arrested is a problem," said Sommer, adding that it did not make sense to "pour oil on the fire."

It was the German foreign minister's job to resolve the issue, he added.

Currently, 60 German citizens are in Turkish prisons, of which 55 are barred from leaving Turkey even if released.

Nearly 3 million people with Turkish roots live in Germany. Half of them have German citizenship. The others residing in Germany remain Turkish citizens. Article 10 of Germany's naturalization law normally requires applicants to surrender their original citizenship.

A "provocation" from Ankara and a "foreign policy scandal:" German politicians are outraged over the detention of a lawyer who had been working on asylum cases and Heiko Maas confronted Turkey over it at the G20 summit. (22.11.2019)