Germans are volunteering to be monitored as part of a six-month facial recognition pilot program in Berlin. Germany's interior minister is pleased with the initial results, but critics are wary of increased surveillance.

German Interior Minister Thomas de Maizière paid a special visit on Thursday to Berlin's Südkreuz train station, one of the largest railway junctions in the country's capital. With local and long distance trains arriving every minute, thousands of people pass through this station every day. But the minister was not interested in the trains. De Maizière, who is responsible for domestic security in Germany, wants to find out how effective his facial recognition pilot project really is.

Critics of increased government surveillance also came out to Südkreuz station to protest de Maizière's visit. They have demanded the six-month field trial, launched in early August, be terminated immediately. Activist Paul Gerstenkorn from "Digitalcourage," a German privacy and digital rights organization, claims that the technology used in the tests would create more extensive profiles of the country's citizens than advocates of the project admit.

The 300 testers who volunteered for the project carry a transponder that apparently only transmits data on ambient temperature, battery status and signal strength, according to the project staff member in the Südkreuz station control room who explained the technology to de Maizière. But Gerstenkorn contends the angle and acceleration of the testers are recorded as well. With the help of his smartphone, Gerstenkorn easily detected the number of testers within a radius of 20 meters (66 feet), while de Maizière was fielding questions from journalists. The word "blukii," the name of the transponder used for the facial recognition field trial, appeared 10 times on Gerstenkorn's phone screen. 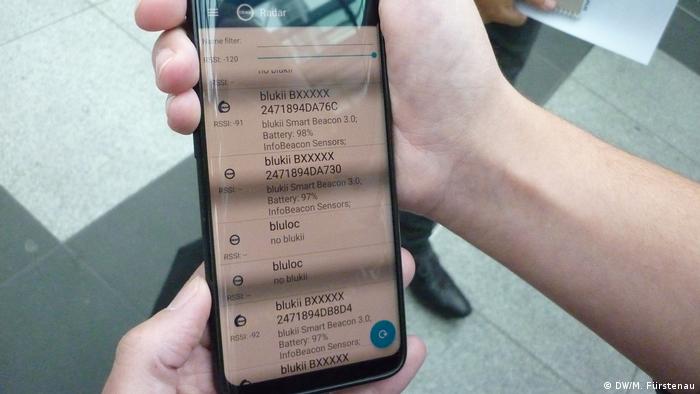 For German Data Protection Commissioner Andrea Vosshoff, the fact that active and not passive technology is being used is going too far. Unlike a passive chip, the transponder constantly transmits information that anyone can collect with the help of freeware available on the internet. Vosshoff says the police have not "sufficiently" informed the testers, and called for the project to be temporarily halted.

But Reinhard Thieme, a supporter of the program who was passing through Südkreuz station, has no reservations whatsoever. He considers every form of video surveillance to be useful for safety reasons and as evidence in criminal investigations.

De Maizière would be pleased to hear such views. The interior minister has vehemently defended the project, saying the technology is not being used to catch petty criminals such as shoplifters, but terrorists and serious offenders. Four weeks into the test phase, De Maizière has praised its "surprising accuracy" - specifically referring to people recognized by the software whose pictures are already stored in police databases. According to Germany's federal police force, pictures of all other passers-by captured by the surveillance cameras are "immediately deleted." 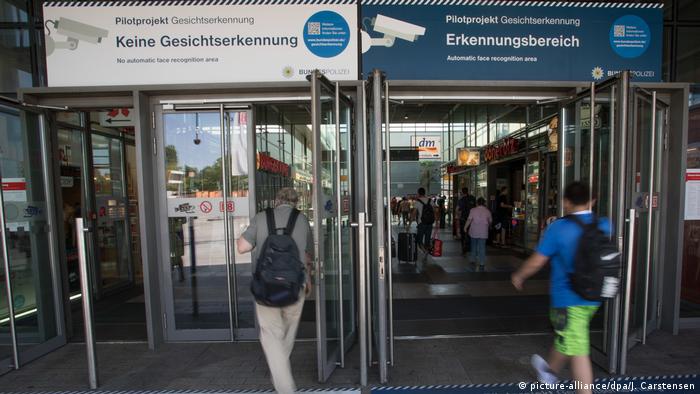 After the six-month trial phase in Berlin, a decision will be made on whether automatic facial recognition will be implemented nationwide in Germany's train stations and other public spaces. "If this works out well, it would be an incredible increase in safety for the population," said de Maizière, who also cautioned there was still work to be done. "What happens when people put on sunglasses, a hat or a hood?"

The interior minister could have the answer sooner than expected, as many opponents of the facial detection project were riding up and down the escalators at Südkreuz station during his visit. They could be seen from the control room while he was listening to police explain the technology. The activists wore masks and wigs, or held newspapers in front of their faces. For the moment, it looks like there are still a few ways to escape facial recognition.