Critics say the far-right party exhibits anti-constitutional tendencies. Though intelligence agencies have said there is not enough evidence to prove that, others have called for individual members to be observed. 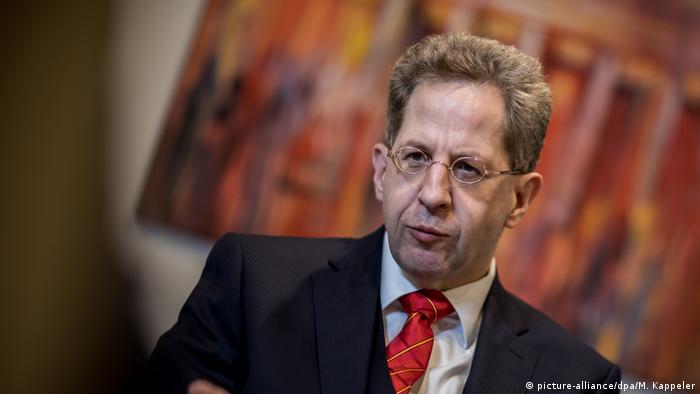 Hans-Georg Maassen, the president of Germany's Office for the Protection of the Constitution (BfV), has denied accusations that he met several times with Frauke Petry, the former leader of the far-right party Alternative for Germany (AfD), to advise her about internal party issues.

In her book Inside AfD, which is scheduled to be released this week, Franziska Schreiber claims the domestic security chief met with Petry to discuss ousting Bernd Höcke after Höcke called the Holocaust Monument in Berlin a "monument of shame." Schreiber also claims that Maassen and Petry talked about how the party could avoid an investigation by his office.

Schreiber was an AfD member and a leader of its youth wing until she left the party in September 2017. During her time in the AfD she maintained close ties with Petry and AfD leadership.

In the face of growing questions over the accusations, Maassen has acknowledged the possibility of having met Petry but denies having ever given such advice. Maassen, speaking with the Funke Media Group, said that he "regularly meets" with parties to discuss threats to individual politicians and their parties. Such meetings, Maassen said, were important, guaranteed by the government and conducted in confidentiality.

The BfV strongly rebutted the claims with a statement as well, denying that the domestic security chief has ever spoken to politicians about internal party issues.

Critics of the AfD have claimed that it exhibits anti-constitutional tendencies and have called for it to be observed by the BfV. Maassen is said to have met with Frauke Petry — who left the party in September 2017 — to advise her as to how the party could avoid scrutiny from his office, something he wished to avoid. Both Maassen and Petry deny Franziska Schreiber's claims.

In Berlin, pressure on Maassen is mounting. A number of politicians have called the accusations serious and have suggested that an intelligence community oversight committee should look into them.

AfD co-leader Alexander Gauland has downplayed Nazi Germany's crimes by referring to the era as "bird shit." His remark has sparked backlash in the media, but from a legal standpoint, experts say he has little to fear. (05.06.2018)

Larry King: Legendary US TV host dead at 87 19m ago