Germany's largest bank has said it will close or merge 188 of its branches across the country. The move comes as the institution continues to struggle financially. 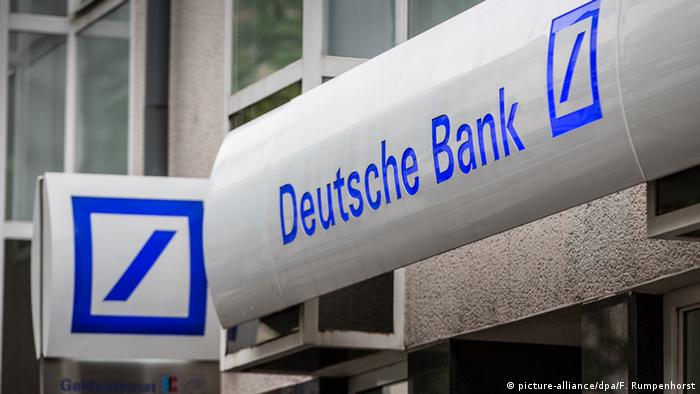 Deutsche Bank will shut down or merge 188 of its branches across Germany during 2017, the Frankfurt-based institute said on Sunday.

According to a list published on the bank's website, North Rhine-Westphalia - Germany's most populous state - will be the most affected, with 51 branches set to be eliminated over the next year. Berlin is set to lose 43 branches, 26 of them part of Berliner Bank, Deutsche Bank's sister company. Even Frankfurt won't be spared: the home of Deutsche Bank will see five branches close.

Deutsche Bank currently has 723 branches in Germany. The institution emphasized on its website that many of these branches will be merged into "larger, significantly more powerful locations."

Deutsche Bank: A giant in crisis

Deutsche Bank has implemented austerity measures amid struggles on the global market, with a stock market value of less than $20 billion (18 billion euros) and plunging share prices.

Christian Sewing, the executive in charge of private customers, told the DPA news agency that the decision to close the nearly 200 branches was due to more and more customers turning to online banking.

Of the 188 branches that will close, around 30 will be turned into "finance agencies" that will still offer customers certain services, such as ATMs and some consultation options.

Thousands of jobs to be slashed

As part of its austerity measures, Deutsche Bank will also cut some 3000 full-time jobs. Some 2,500 of these fall under private and corporate customer business.

The bank has also pulled out of ten foreign markets and gotten rid of its investment banking divisions.

In 2015, the institution reported a record loss of 6.8 billion euros.

The planned merger between the London Stock Exchange and the Frankfurt-based Deutsche Börse is moving closer towards reality, despite concerns raised by Brexit and stock market competitors. (13.07.2016)

Opinion: The downfall of an institution

No London HQ for Deutsche Börse-LSE after merger

In a huge blow to London, Germany has said the city could not host the headquarters of a planned European stock exchange giant after Britain's exit from the EU. It could also not remain a center for trading in euros. (28.06.2016)